Today's lump of Cole in your stocking is a whopping 9-page story from Military Comics (May, 1944). Here is another one of the extremely weird Private Dogtag stories that Jack Cole wrote and drew.

Sex had a wholesome flavor for Americans in WWII -- a healthy, robust style that seemed to go into darker areas after the war, leading to Bettie Page style BDSM. Jack Cole followed this trend, and -- to a certain extent -- fueled it. In the early 1940s, American GIs loved sexy American women (not to mention sexy European gals -- at least in the mainstream). They oogled them at moviehouses, drooled at them on calendars, and even painted them on their bomber planes. All of this was socially acceptable and a point of pride. The iconic American photograph celebrating the end of WWII shows a soldier passionately kissing a prime example of American womanhood. Given this, it's no surprise that Jack Cole's Private Dogtag stories mostly revolve around worshiping the sex appeal of American women and dissing Japanese with racist caricatures. This story of three dizzy blondes is no exception. 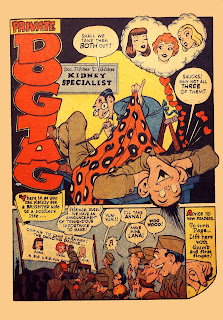 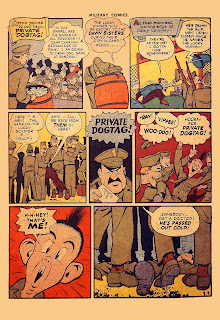 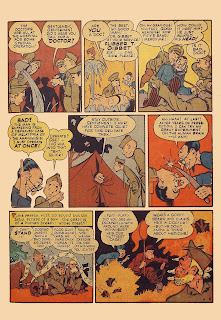 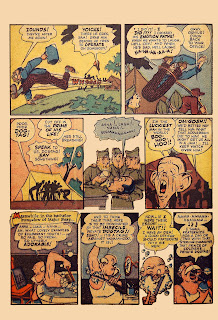 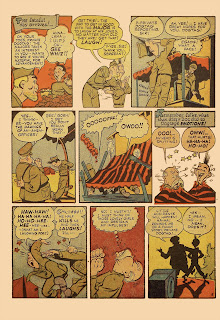 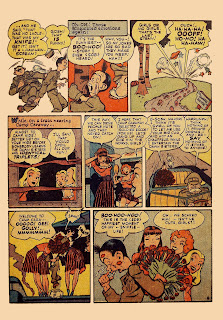 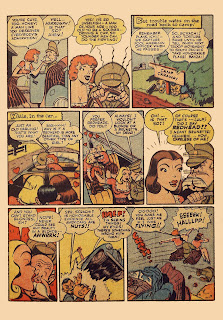 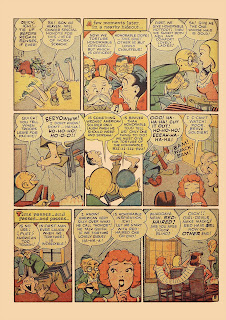 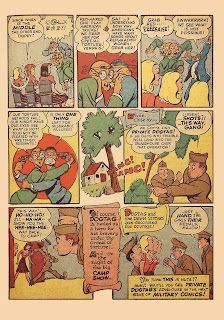 This is another classic identity-shifting story by Cole -- a common theme found in his work.

Check back tomorrow as we post another rare Jack Cole find!