In January, 1940 Silver Streak Comics #7 hit the stands and featured a whopping 38 pages of story and art by Jack Cole. For good measure, Cole also did the cover for this issue, one of the great iconic covers of the early Golden Age of comics. 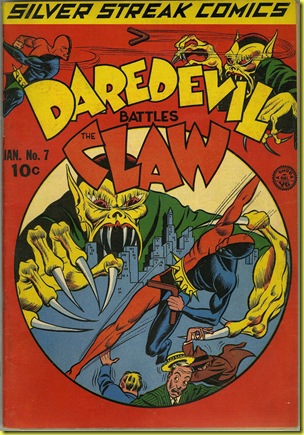 Buried among the famous Claw, Daredevil, and Silver Streak stories was a little treasure – a  battle-of-the-sexes story disguised as a pirate yarn. Due to the large amount of pages that Cole created in this issue (which he also edited, by the way… which suggests why Cole was never an editor at Quality – because he probably would have written and drawn most of the books he edited!), the story is clearly tossed off, possibly in a single day.

If so, this would make The Pirate Prince perhaps Cole’s only 24-hour comic book story. Like 24-hour comics, this story (even sloppily signed by Cole in a signature that looks very similar to the signature he would use almost 15 years later in his Playboy cartoons)  is loose, revealing, and has an immediacy in both the art and storytelling. 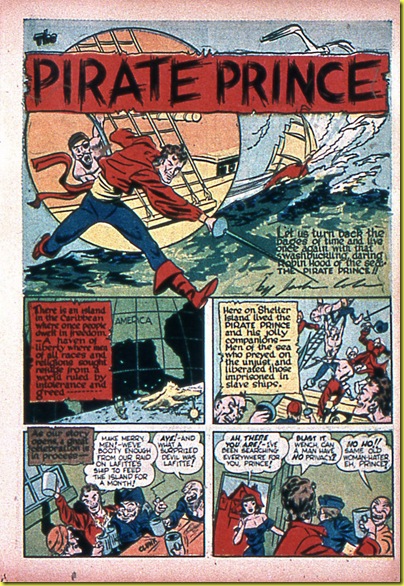 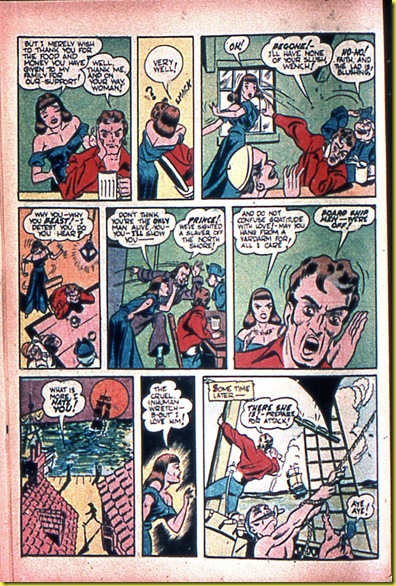 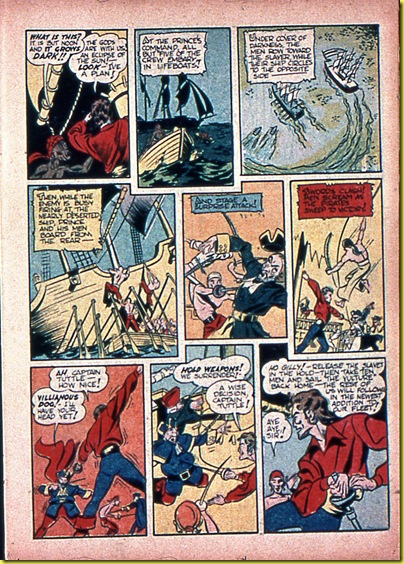 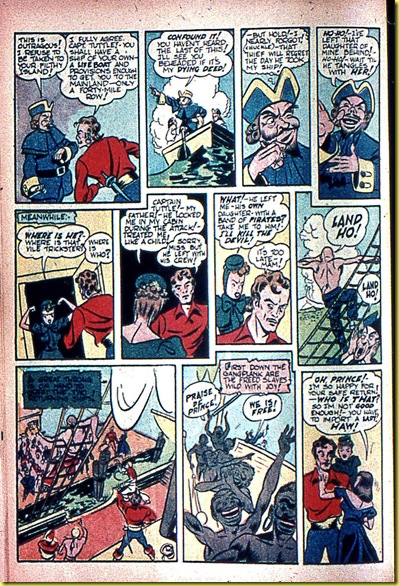 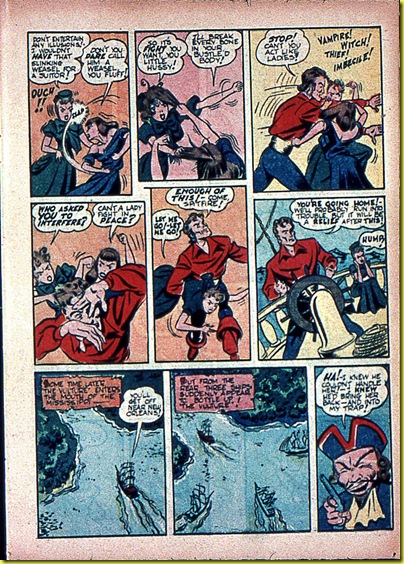 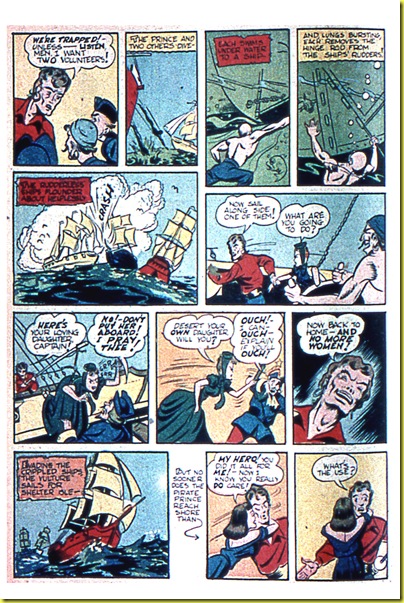 Given how largely women would figure in Cole’s later work, this story is significant in that Cole has clearly tossed aside the tropes of pirate stories to unreel his own battle-of-the-sexes.

True to form, even in this rush job, Cole packs in a wealth if ideas, including the wonderful concept of a pirate that preys on pirates, setting free slaves…. Robin Hood on the seas.

Cole was fond of creating new series that he then left to others (Daredevil, Silver Streak, The Barker, Death Patrol, Midnight, etc.).  He only made one episode of The Pirate Prince before turning it over to  another great writer-artist, Dick Briefer, who would continue the series for several years.

Here’s Briefer’s first entry in the series, which appeared in Silver Streak #8: 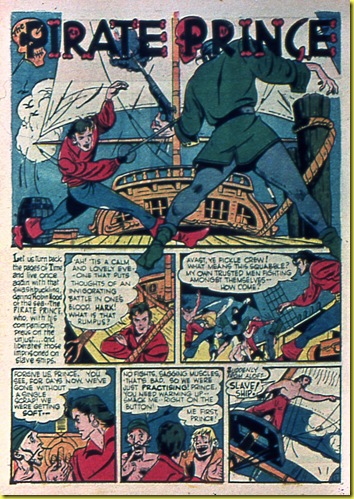 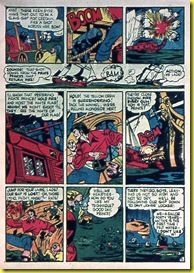 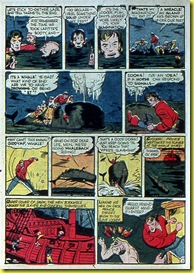 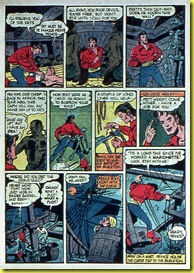 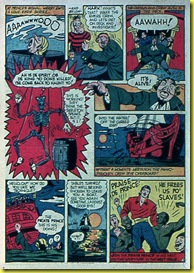 Note Briefer has seized on Cole’s “good pirate” concept and totally abandoned the sexual tension Cole set up. The stories didn’t amount to much, but they were entertaining for the liveliness of Briefer’s line and compositions. Here’s one from a few issues later, in Silver Streak #12: 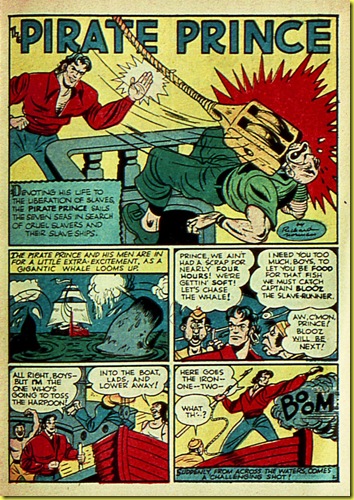 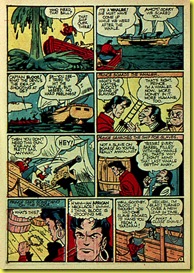 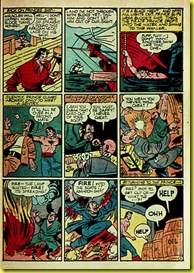 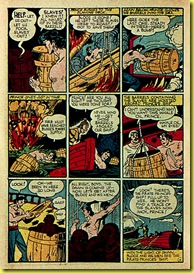 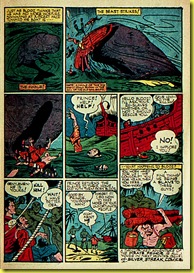