Jack Cole's first cartoon for Playboy appeared in the 5th issue in 1954. After that, Cole had at least one cartoon or illustration (sometimes several) in every issue of Playboy until his death in 1958. 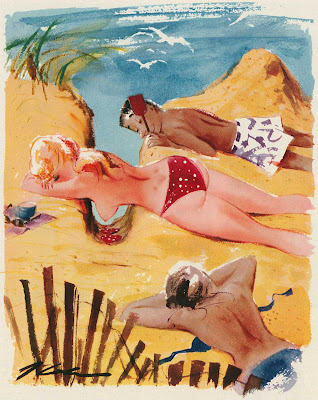 Just as so many of Jack Cole's comic book characters, including PLASTIC MAN are shapeshifters, so too was the artist in Jack Cole. Few people have ever gone so sucessfully from the medium of telling stories in the specific graphic form known as comic books to working as a painter of vivid, gorgeous single image gag cartoons.

When Cole was first accepted into the Playboy fold, publisher Hugh Hefner did not make the connection with his work as the creator of PLASTIC MAN, a comic book that Hefner -- a cartoonist himself -- had enjoyed and admired. 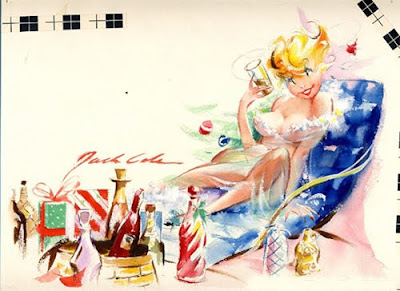 Cole's Playboy cartoons set the standard look and feel for the thousands of cartoons the magazine would subsequently publish. In the cartoon (reprinted below) in which a majorette owns up to marching in a parade minus her panties, we see the embryonic sexual innocent that Harvey Kurtzman and Will Elder would create a few years later, in their Playboy LITTLE ANNIE FANNY stories, also elaborately painted. 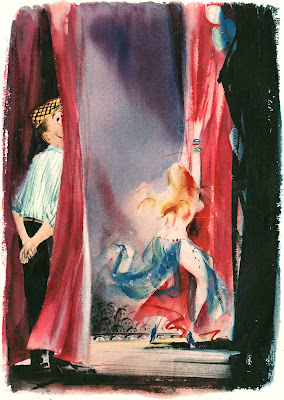 Cole's work in his men's magazine cartoons extended his own artistic discussion of what Elvis Costello once called "The Mystery Dance," or the magic, mystery, and misery of sex. It is this investigation into sex as the fulcrum of innocence and corruption, virility and impotence that connects Jack Cole's comic book work and his adult magazine work. Some of the cartoons even wistfully present us with lost virility, a theme that arose in his late 40's work, and discussed elsewhere in this blog, here. One cannot help but wonder just how happy Jack Cole was with his own life, considering that he chose to end it after a short career of creating these images.

His Playboy cartoons are thus both beautiful to look at, and difficult to process. There is often a good, strong "gag" joke, but there is also more subtly present an E.C.-style "choke, gasp, good Lord," reaction as well. 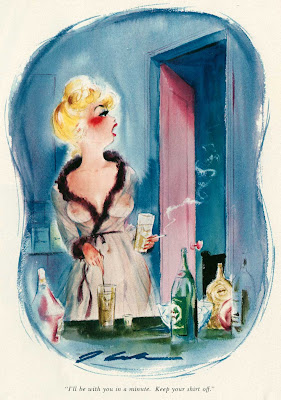 In several of the Playboy cartoons, one can easily recognize the "Cole woman" from his comic book stories. His women are both sexy and intimidating. They possess idealized soft, curvy, fertile bodies. And yet they either have a disarming innocence, or a shrewd, world-weary glint from behind their mascara-coated eyelashes. You cannot miss the Cole woman's face. It's mysteriously appealing and repelling at the same time. Here is yet another thing about Jack Cole's work that lifts it into greatness. 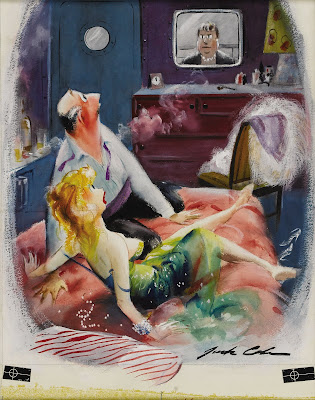 Lastly, in some of Cole's Playboy cartoons, he includes t 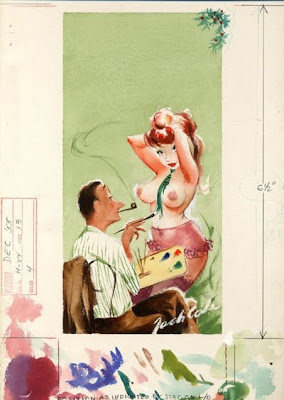 Below are 18 cartoons by Cole from a feature on Jack Cole's Playboy cartoons that ran in an unknown issue of Playboy. 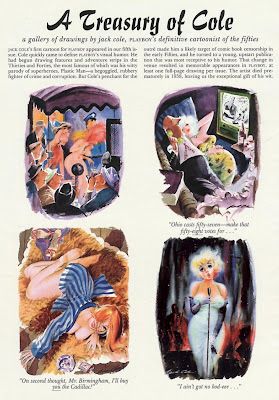 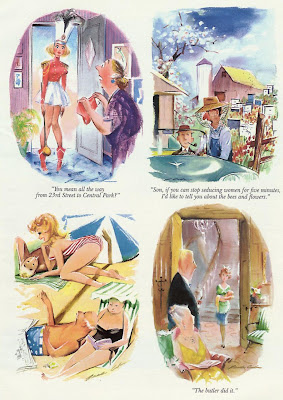 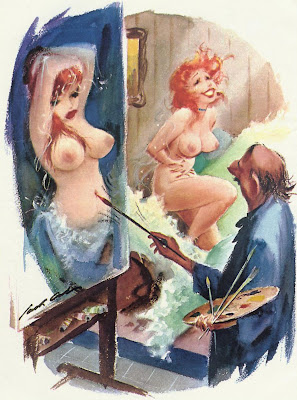 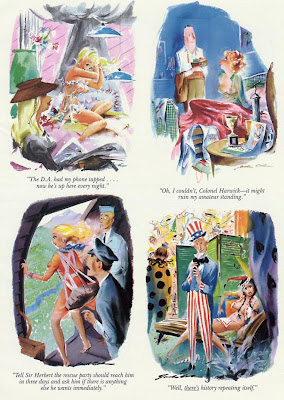 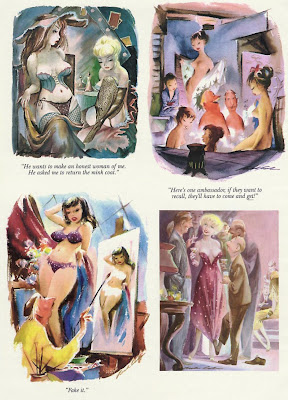 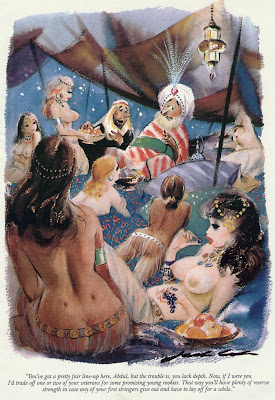