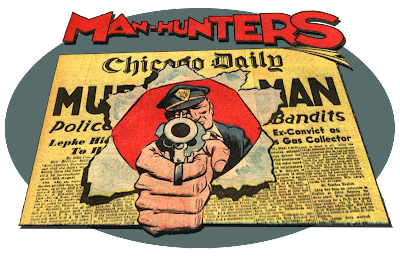 Before he strirred up a sensation with his 1946 True Crime comics, and before he stretched the comics medium to make one of the great comic book superheroes (Plastic Man), Jack Cole created a handful of gritty crime stories early in his career.

Surprisingly, these noir-ish police procedurals, with their grim sense of justice and off-color details mostly appeared in comics published by MLJ, soon to be renamed for their star character ARCHIE, and mostly known today for publishing an seemingly infinite stream of wholesome comics about all-American teens. 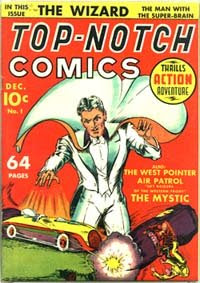 The first MANHUNTER story appeared in Top-Notch Comics #1 (Dec. 1939, Archie). The story presented an involved, blow-by-blow account of how police cracked a ringer of check forgers. In the story, Cole began to employ information diagrams, such as this one: 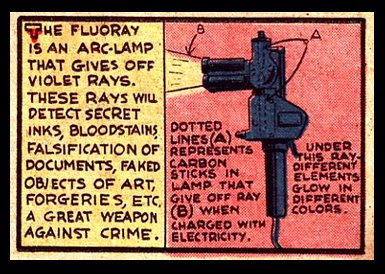 This first MANHUNTERS story ends on a harshly vengeful scene, as one of the criminal gang faces an angry mob. In an extraordinary panel, Cole draws 21 people filled with blood-lust, encircling the criminal, as police officers strain every sinew to keep them at bay. Despite the story's straight-arrow narrative, Cole's compostion tells another story, in which the criminal becomes a victim of society's unregulated rage. In this way, "Master Forgers" prefigures some of the moralistic EC Shock SuspensStories, created over a decade later, in 1952-54. 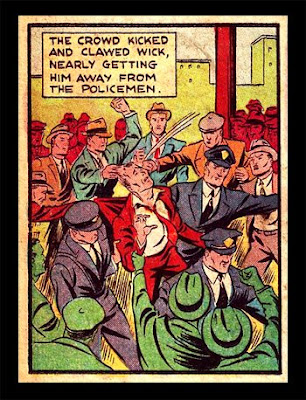 The story opens with a stylish splash panel, a hallmark of nearly all of Jack Cole's comic book stories. 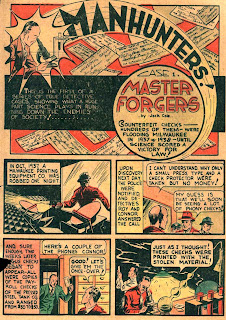 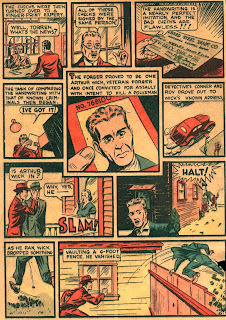 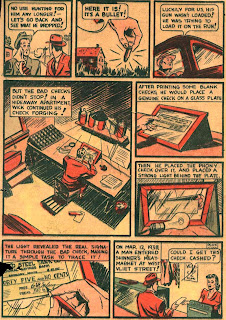 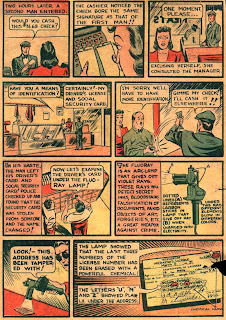 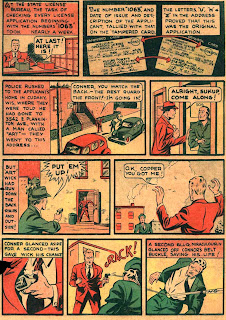 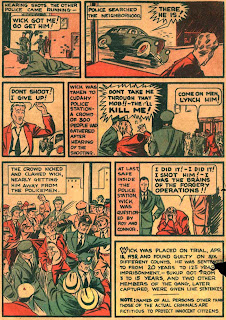 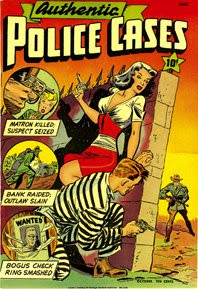 The MANHUNTERS tag was changed to the limp and less visually interesting header "Science Corners Criminals." There were no other alterations in the reprint except a better recoloring, which breathed new life into the artwork. Here is a comparison of the 1939 and 1948 versions: 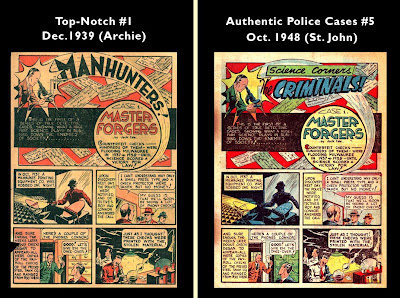 In it's first year of publishing, St. John must have bought the rights to the Cole stories from MLJ. They fit in perfectly with the theme of the comic, which shows that Cole was a bit ahead of his time with these early crime stories.

By the time of the 1948 reprints, Jack Cole's work had become infinitely more sophisticated -- some of the best comics ever done. It must have seemed puzzling to readers at the time who were following Cole's mind-boggling PLASTIC MAN stories to see these comparitively crude, and radically different comic book stories signed by Cole, with no indication these were reprints. 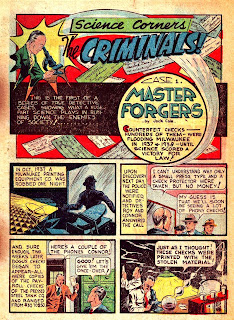 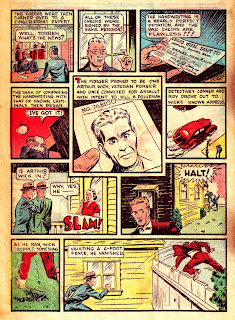 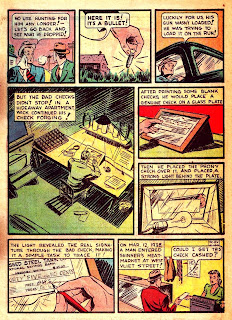 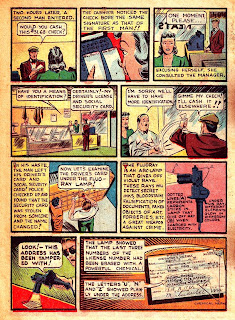 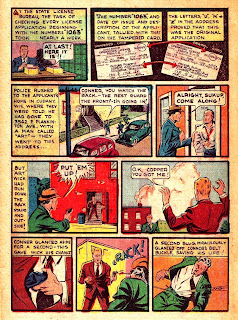 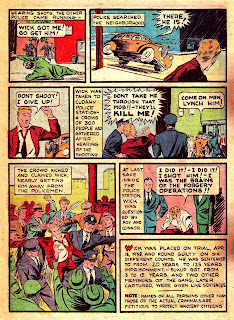