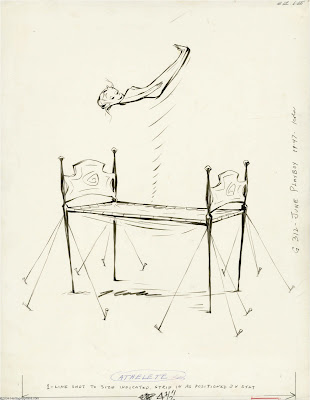 Original Jack Cole art is as scarce as hen's teeth. Out of over forty thousand archived lots on the Heritage Auction Galleries website, representing several years of buying and selling of original comic art, there are just 3 pieces by Jack Cole.

The bulk of Cole's comic book work was with Quality. Everett "Busy" Arnold, is said to have personally cut up and disposed of Cole's art to prevent others from reprinting it. As far as I know, there are no existing original Jack Cole Plastic Man pages. A heartbreaking thought. Perhaps someday, a newspaper-wrapped bundle will be found in an attic, and we will be able to study Cole's supple linework in all it's glory. 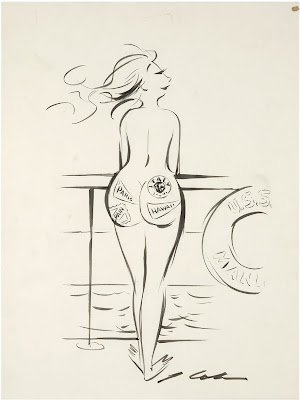 Until then, courtesy of the Heritage Auction Galleries website, we present three lovely pieces of Cole's original art created for Playboy magazine sometime in the mid-1950's. These cartoons were part of a larger series called "Females by Cole." The series was so popular that Playboy printed them on cocktail napkins and sold them as a set, one of the very first Playboy collectables.

These simple but effective line drawings were a departure from Cole's lush, elaborate washes and watercolors from this period. After 18 years in the comic book biz, Cole was a master with ink and brush, and these drawings are a tour de force of his craft, humor, and inventiveness. 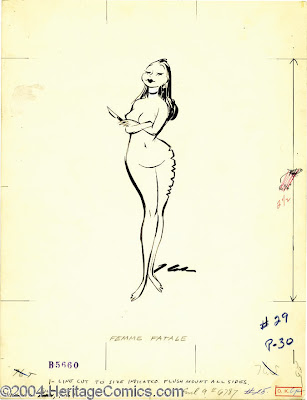