DICKIE DEAN - Chasing the shadows of the past

Story presented in this post:
Dickie Dean - Voices From The Past (story and art by Jack Cole)
Silver Streak #3 (March 1940 - Lev Gleason) 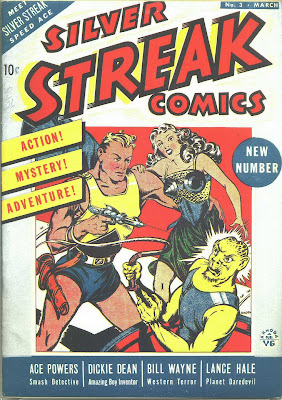 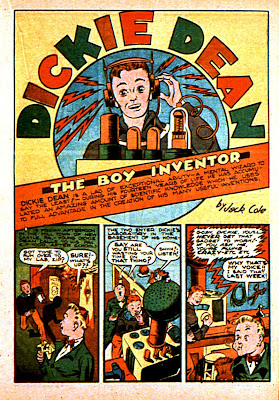 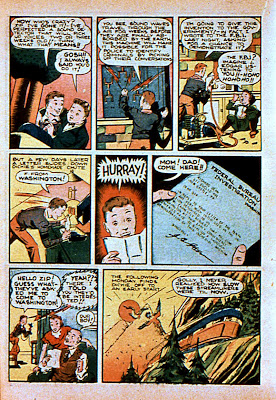 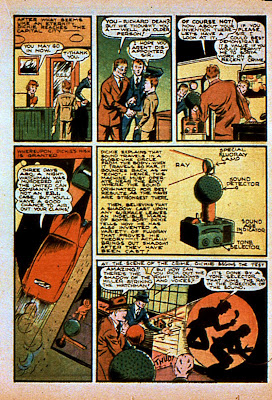 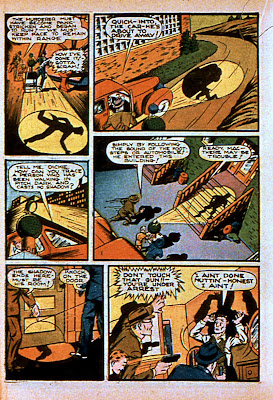 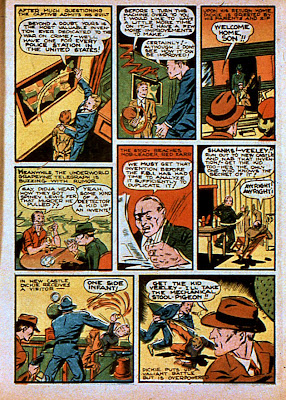 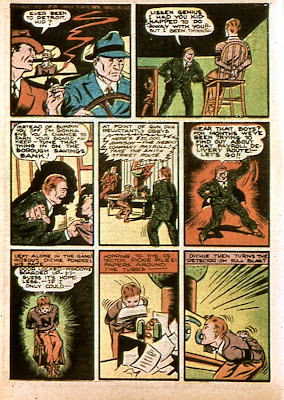 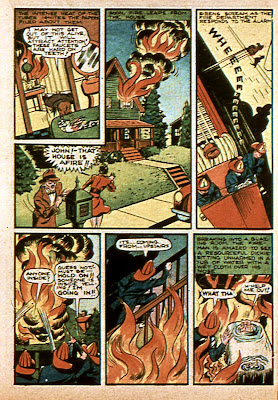 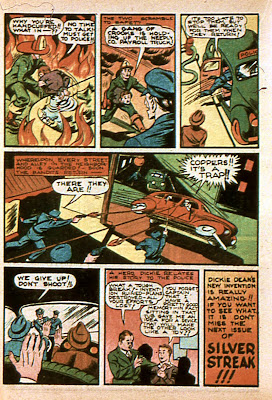 Here is one of Jack Cole's most poetic, haunting stories.
In December, 1939 Jack Cole became the editor of Silver Streak Comics, a new book published by Lev Gleason. Cole's work over the next 10 issues of the title is fascinating to study. This is where he intoduced the magnificent and macabre CLAW. It is also where he created the sturdy superhero, SILVER STREAK. In a later issue, Cole created a swashbuckling series, THE PIRATE PRINCE, which was picked up by Dick Briefer.
In the back pages of Silver Streak Comics, starting with the third issue, Cole created a little-known series of exuberant and weird adventures featuring a boy inventor, DICKIE DEAN.
The first three DICKIE DEAN stories are set in New Castle, Pennsylvania -- Jack Cole's hometown. His brother's name was Richard, and people with that name are often known as "Dick." Hence, this series was a sort of homage to Cole's past. Just a couple of years earlier, Cole had made numerous small loans from various townspeople in New Castle and transplanted himself and his new bride to New York City, where he was determined to become a sucessful cartoonist. By becoming the editor of his own title, Cole had reached a definite watermark of success.
During Cole's early years in the big city, his brother Richard visted him. One can imagine Cole returning to his apartment one day after work, casually informng his visiting brother that he had just created a new comic book character named after him.
We know from THE STERANKO HISTORY OF COMICS Volume 2, that Jack Cole was a boy inventor himself. He played pranks with radio and electricity, had a chemistry set, and built several ingenious items. In his career as a graphic story teller and cartoonist, Cole invented new techniques and forms.
In this story, Dickie invents a machine that broadcasts voices from the recent past. Later, the machine also shows shadows from the past. In an amazing sequence, Dickie actually chases the shadows of the past. In a climactic ending, Dickie saves himself from burning to death by lying in a bathtub filled with water. This story is rife with psychological overtones, as was most of Cole's best work.
Jack Cole used his "Ralph Johns" pen name for his other work in Silver Streak Comics, but he signed every DICKIE DEAN story prominently with his own name. Perhaps to make sure that the people back in New Castle reading his comics knew that their boy inventor and cartoonist had arrived.
Posted by Paul C.Tumey
Email ThisBlogThis!Share to TwitterShare to FacebookShare to Pinterest