For a 14-year old boy, DICKIE DEAN is not only extraordinarily brilliant, but also surprisingly altruistic.

DICKIE DEAN's honorary grandson, JIMMY NEUTRON, is also a boy genius inventor, but he mostly uses his talents to make yummy candy, hypnotize his parents into giving a birthday party every day, and to build cool little rocket ships. DICKIE DEAN, in his first appearance (see our blog post here), creates a machine to listen to voices from the past, and immediately decides to apply it to fighting crime.

In his second adventure, Dickie decides to invent a machine that will end war, in reaction to the death of his uncle, who is a soldier fighting a fictitious war. When he has a chance to sell the machine and become wealthy, Dickie -- like a young Buddha -- turns the offer down.

In these earnest stories made at the beginning of Jack Cole's career, one can find nothing of the tongue-in-cheek humor for which he would become famous. Even though his plots are deadly serious, Cole's restless imagination and penchant for cramming his comic book stories with more ideas per square inch than just about anybody else, makes the DICKIE DEAN stories a fun read.

In this story alone, aside from a machine that makes the air too thick for bullets and machines of war to speed through, we also see Dickie's extremely cool laboratory, an ingenious door-answering periscope, and a wireless radio that Dickie conceals in a hollowed-out heel of his shoe.

Dickie's friend and sidekick, Zip Todd is more present in this story. Being a little heavyset and dense, as well as bravely loyal to Dickie, Zip is a sort of boy-version of Woozy Winks. In the rest of the eight DICKIE DEAN stories, Zip becomes pretty much a fixture in the series.

What's amazing about this story is that Dickie actually succeeds in transforming humanity, and ending war. Much like the first story in this series, the writing works as a sort of poetic allegory. Cole ends the story with Dickie hard at work on his next invention, much as Cole must have been hard at work creating his next amazing comic book story.


Silver Streak #4 cover (not by Cole) 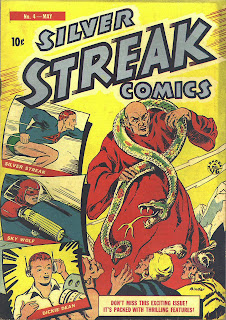 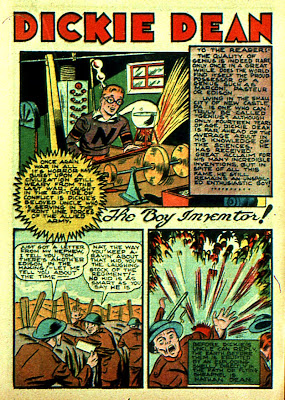 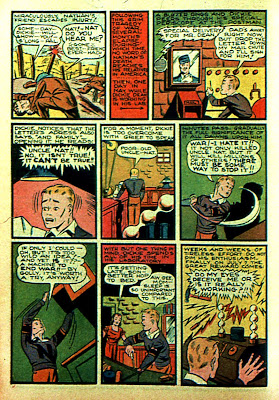 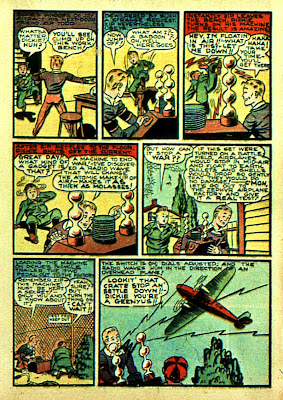 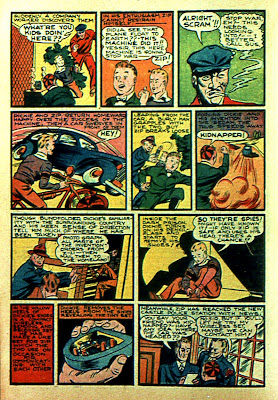 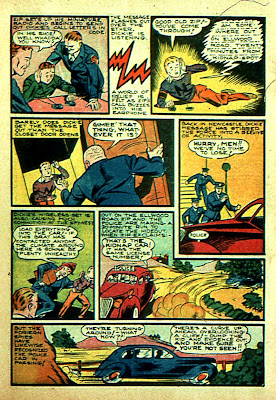 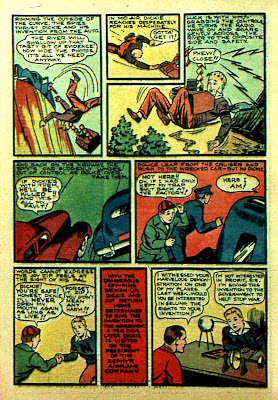 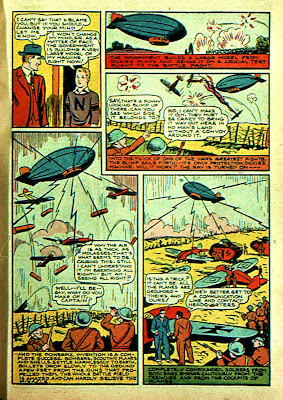 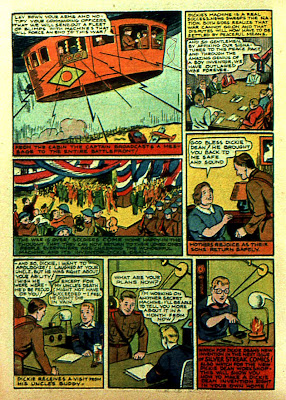