IS THIS COLE? - The Spirit 186: Jack Cole's First Spirit Section? 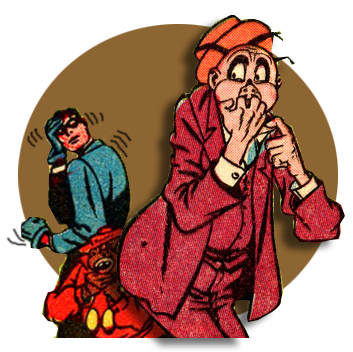 Here's another fun SPIRIT story that seems to bear the unmistakable stamp of Jack Cole's flair for mixing the macabre and the madcap. I'll share a few thoughts, but first, the story itself: 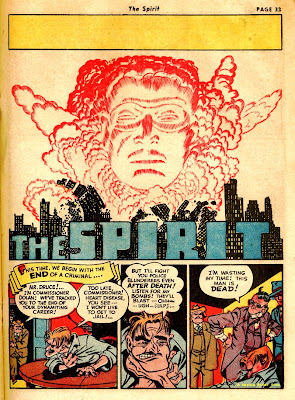 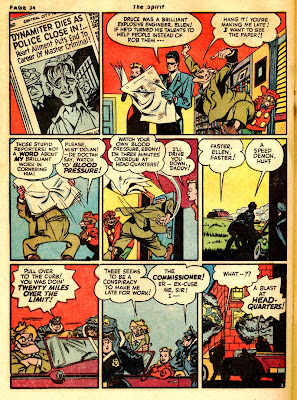 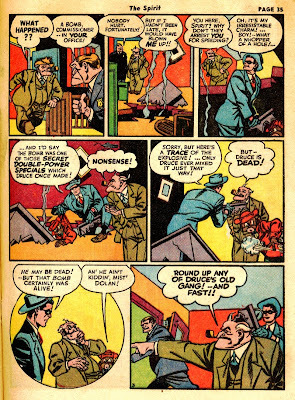 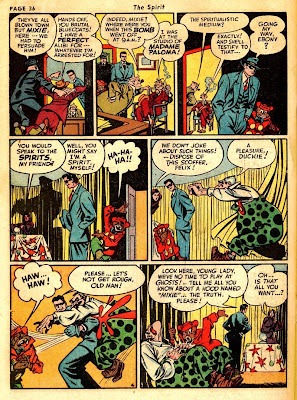 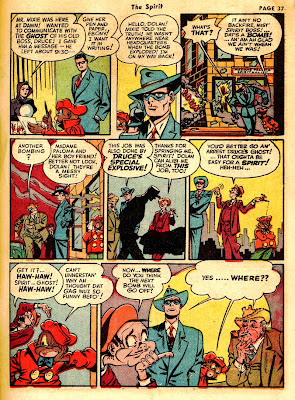 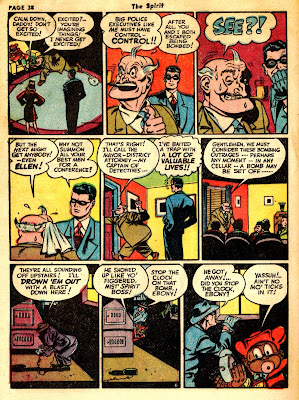 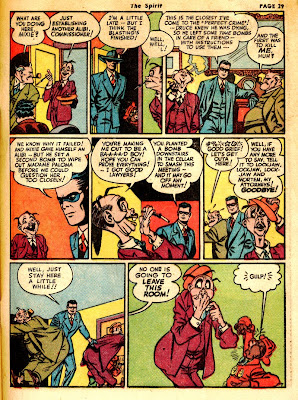 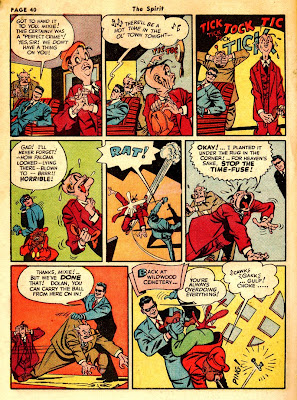 Jack Cole ghosted THE SPIRIT for Will Eisner during WWII. Eisner, like so many other American comic book writers and artists served in the military (in Eisner's case, the Army and even some time at the Pentagon).


In 1943-45, Cole was one of the few American comic book artists not working for the war effort. As such, he took on as much of the available extra work as he could, more than likely building up a cash reserve against the day he would be called up (he never was).


If "Druce's Time Bomb" AKA "Death After Death" is Cole's work, then it would be his first SPIRIT Sunday section.


Cole had been ghosting the SPIRIT daily comic strip for a few months (soon to be reprinted in this blog, stay tuned!). We know this because, according to comics publisher, scholar, and SPIRIT expert Cat Yronwode's research, Jack Cole wrote and penciled some of the Spirit Sunday Section stories from December 19, 1943 (section number 186) to Aug 13, 1944 (section number 220). See Yronwode's checklist, here.


The opening splash panel, if it is by Cole, certainly is a departure from his style. The fine line work suggests to me the hand of Lou Fine. However, the bottom tier on page one, and the rest of the story certainly feels like Jack Cole's trademark farrago of comically contorted figures.


The script idea is very much in the vein of the supernatural, eerie ghost story that Will Eisner frequently wrote for this series. However, it goes in a direction very different than where Eisner would have typically taken it. Cole goes for laughs where Eisner went for creeps. Still, it is possible that Cole worked on this first effort from notes, or a partial script written by Eisner.


There are a few "tells" in the artwork that Cole's hand is present in this story. Most notably is the polka-dotted green pants of the clown, very similar to WOOZY WINK's unforgettable costume.

Another tell is the use of the jagged-edge balloon to emphasize an exclamation. Here's a panel from this story, and several others, to compare. 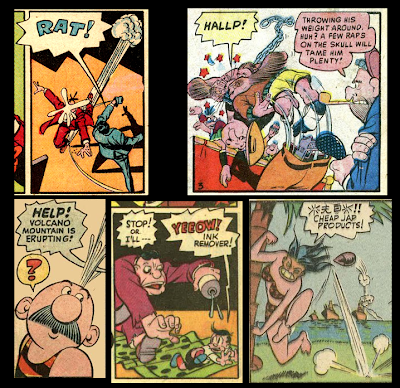 Also, the over-the-top drawings of the terrified MIXIE (see the art at the top of this post) in the final pages feels very similar to Jack Cole's comically over-dramatic reactions regularly found in his PLASTIC MAN stories. 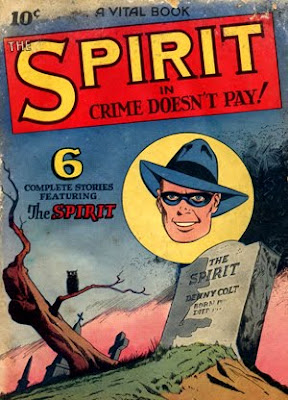 So, what do you think, dear reader, is this Cole? Your thoughts are welcome!
Posted by Paul C.Tumey
Email ThisBlogThis!Share to TwitterShare to FacebookShare to Pinterest