Midnight Episode 4 (second run): Slipping Out of the Superhero Genre 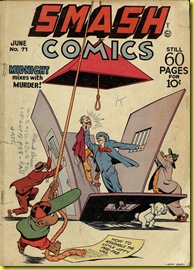 The first Midnight stories in 1941-42 by Jack Cole were imbued with the trappings of the super-hero genre. Much like Batman (and unlike The Spirit, his intended template), Midnight swung from building to building, used fantastic weapons, and seemed to have at least above average punching power.

In Jack Cole’s second run on the series, starting in 1947, his Midnight was less a super-hero than a quasi private detective. The vacuum gun and other great weapons went the way of the dodo.

In “The Old Lighthouse Keeper,” we see Cole putting considerable effort into a densely plotted, Agatha Christie style murder story set in a lighthouse. Much like the twisted stairs leading to the blazing lamp at the top of the lighthouse, Cole’s story takes many turns as Midnight eventually shines the light of truth on the mystery.

This story foreshadows the turn hero comics would take into genre stories. Cole himself would be delivering moody, atmospheric horror-mysteries very similar to this 1947 story in 1952-54. This story’s biggest flaw is that it is too tame… too restrained. In 1949-52, Cole would take a huge leap by creating stories in this form that embrace the Dark Weird as only Cole could.

Page 7 deserves particular attention, with a Herriman-like page layout and unique use of sound effects as art elements. 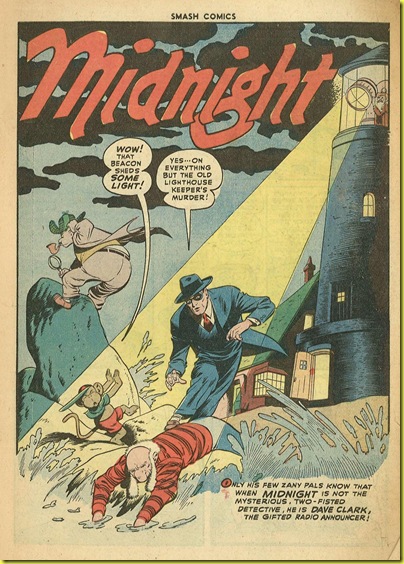 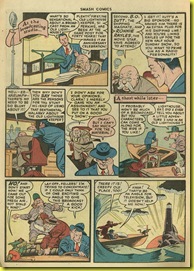 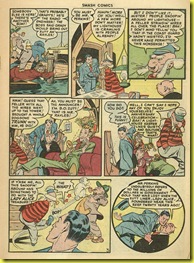 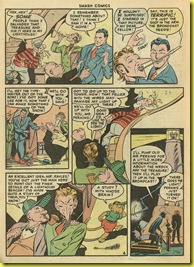 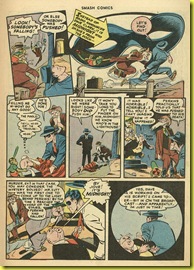 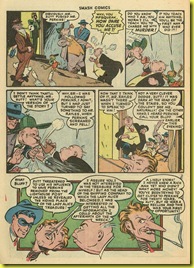 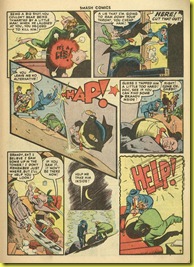 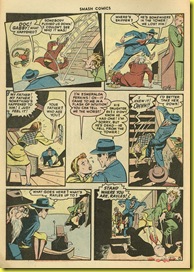 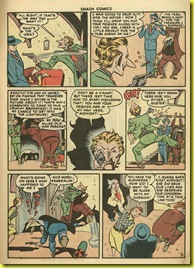 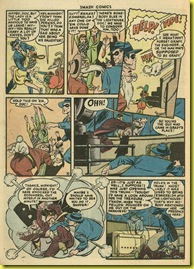 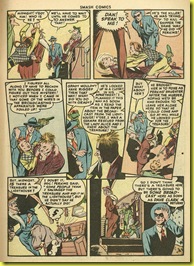