Is This Cole? Uncle Sam Quarterly #1

Hello Friends. It’s time once again for another installment of IS THIS COLE (imagine booming announcer voice echoing in stadium). 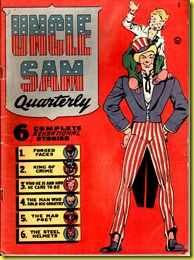 This super cool comic was packaged by the Eisner-Iger studio and is the work of many talented hands, including Will Eisner, Lou Fine, and – quite likely – Jack Cole.

Overstreet’s lists Jack Cole as one of the artists on this book. However, the stories in the book are uncredited and I can find no definitive source for which pages might be by Jack Cole.

A close scrutiny reveals a short sequence, 2-pages of which appear to be written and drawn by Jack Cole.

The story begins, as do all the stories in this stylish book, with a super-cool splash page (not by Cole). 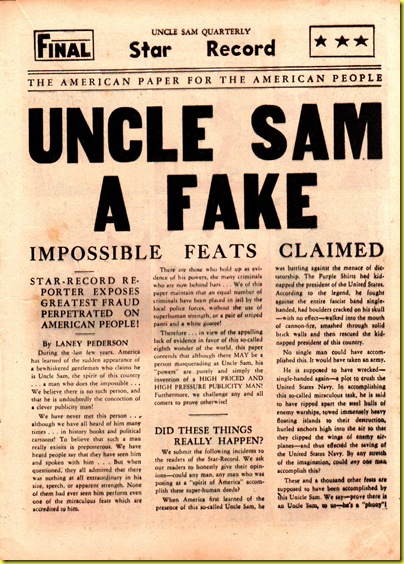 The next two pages could possibly be the work of a rushed Jack Cole. The art resembles very much the work he was doing in 1940-41, such as his SILVER STREAK and MIDNIGHT stories. 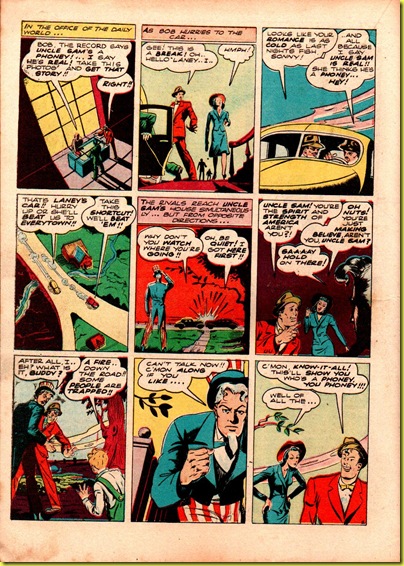 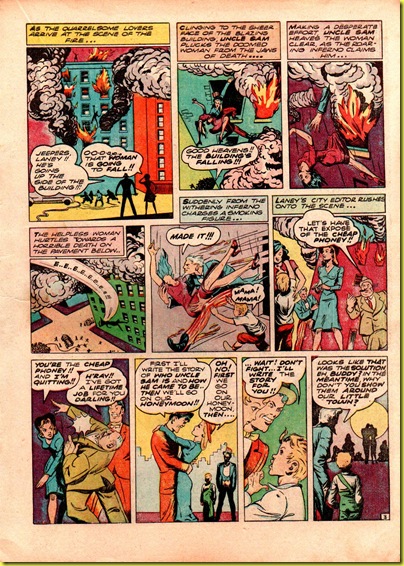 The third page (above) looks the  most like the work of Jack Cole of any of the pages in this comic book. Panel 5 is a classic physical pose that only Cole drew. And, of course, Cole loved to draw flames, as we have observed many times in this blog.

The last page of this story is an awkward, but nonetheless impressive two-page spread, rare for comics in  this day and age. Could this be the work of Cole? I’ve looked at this a page a lot, and I simply cannot tell. It is a little awkward for Cole, but then again, it’s a challenging subject. The ambition of the layout matches Cole’s exuberance of this time period. If it is by Cole, it would be, as far as I know, his only double-page spread. 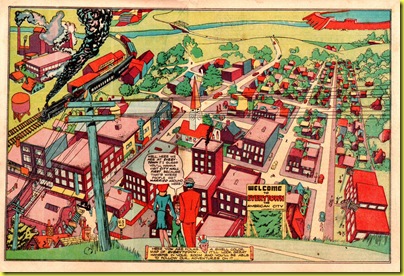 It's unusual it is to see Cole work on just part of a story. He typically made his own comics start to finish, which is part of makes his body of work stand out in comics.

Perhaps Jack Cole's work on the two pages of this story was a "try out" job for the Eisner-Iger studio. Cole would go on to do a lot of work for this studio, which was closely connected with Quality Comics. Cole not only ghosted the studio's main character, THE SPIRIT, but he also contributed material to Crack Comics and Military Comics, both of which were published by Quality but packaged by Eisner-Iger.

What do you think, dear readers? IS THIS COLE?
Posted by Paul C.Tumey
Email ThisBlogThis!Share to TwitterShare to FacebookShare to Pinterest