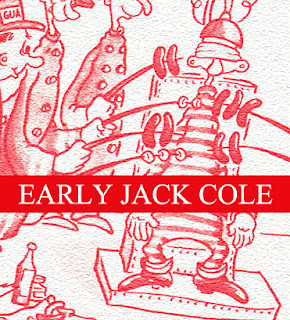 The magazine was one of several mainstream "slick" style publications published by Lev Gleason, the publisher of Charles' Biro's comic book Crime Does Not Pay. Gleason also hired Jack Cole in late 1939 to edit his comic book,Silver Streak (named after his new car), where Cole created The Claw, Sliver Streak, Daredevil, The Pirate Prince, and Dickie Dean - Boy Inventor.

By the time of Picture Scoop's publication, Jack Cole had left Lev Gleason, worked briefly for MLJ (Archie) and then moved over to Quality Comics in 1941. In an earlier article (which you can read here), we looked at some original anti-Hitler cartoons from issue one of Picture Scoop.

Many thanks to Darwination   please be sure to visit his Darwination Scans Blog  for many scans of amazing old magazines and ephemera) for scanning this magazine and making finds such as this possible.

The Cole cartoons all bear his late 30's magazine gag cartoon signature that we see in the 1936-40 Boy's Life cartoons (you can read over 20 of the cartoons and my article here -- check it out folks, this is one of the best achievements of this blog!)

The subject matter of these is too grim for the Boy's Life scouting market, so they must have been done for some other market. I'm thinking Cole may have targeted a crime or police stories magazine, since these feature cops, albeit doing pretty morbid acts!

By 1943, Cole's style was very different, and it had been three long years since he had worked for Gleason... so I am thinking he pulled these out of a drawer of his rejects and sold them to his former boss. I suspect these cartoons were done in the late 1930's, probably 1937 or 1938.

In any event, here's the cartoons, in order from strange... 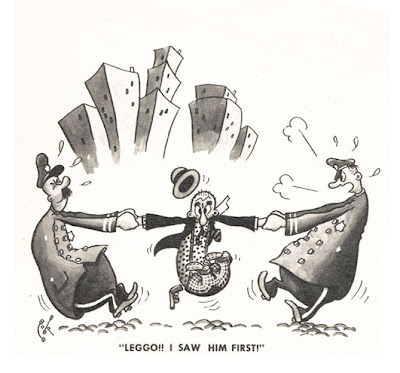 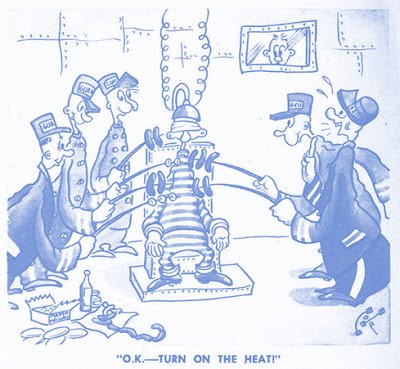 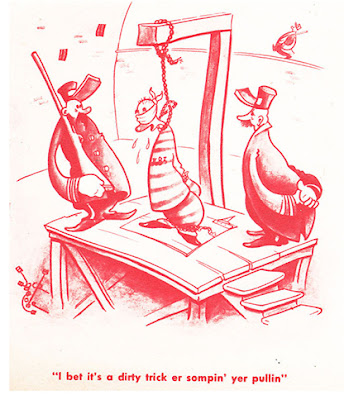 It seems that even in the first years of his career, Cole was fascinated with death. It's this mordant, elemental bent that raises Cole's cartoons up as noteworthy.

The cartoons appear in a spread in the magazine, and one wonders if the red tinting of the two "off-color" gags is to decrease their impact:


I don't know who the other cartoonists are in this spread, but this gives you a good look at how distinctively screwball Cole's style was, even in the early years.

And speaking of Screwball Comics, here's a FREE SNEAK PREVIEW of the latest exciting development at my other blog, The Masters of Screwball Comics. This is the stuff that influenced Jack Cole, Harvey Kurtzman, and other major American cartoonists.

Here's page one of the special "GONE TO THE DOGS" issue of my faux newspaper Screwball Sunday Comics Supplement. If you like what you see there's lots more -- just click here and get ready to guffaw! 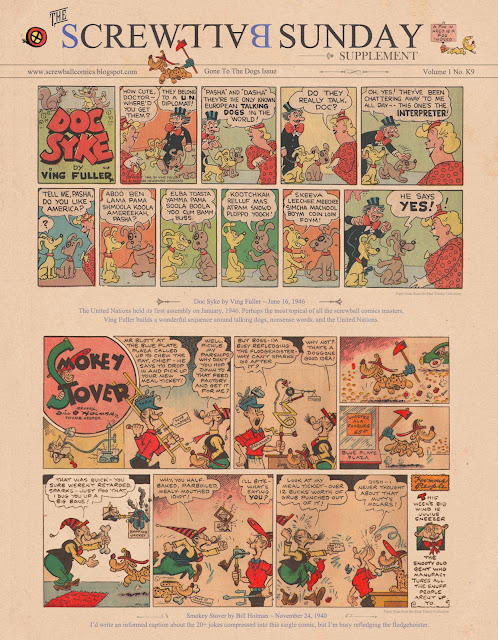