Continuing our look at Jack Cole’s development in 1949 of his dense, cartoony, pre-Mad storytelling style (see earlier post here), here is the back up story from Plastic Man 17.

Also in Plastic Man 17 was the brilliant story “Plastic Man Products,” which would surely be on most people’s lists of top Plastic Man stories. Since this story has been reprinted, I will refrain from sharing it here. However, if there are folks who haven’t seen this issue, let me know and we’ll publish here!

Starting with Plastic Man #4, Cole had given Plas’ sidekick his own story slot. Each issue that followed had a Woozy story, but sadly, many of these were not by Cole. Bart Tumey seems to have done the majority of these (no relation to me, Paul Tumey). That is, until issue 17. 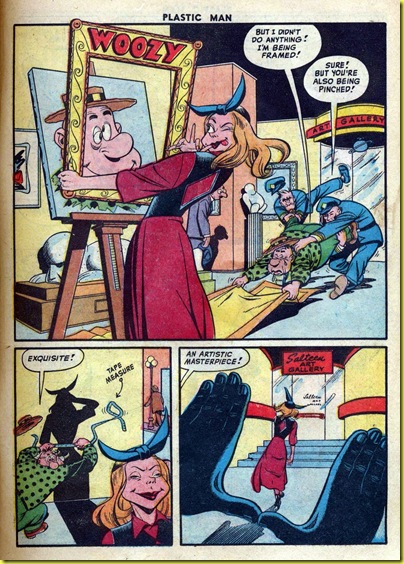 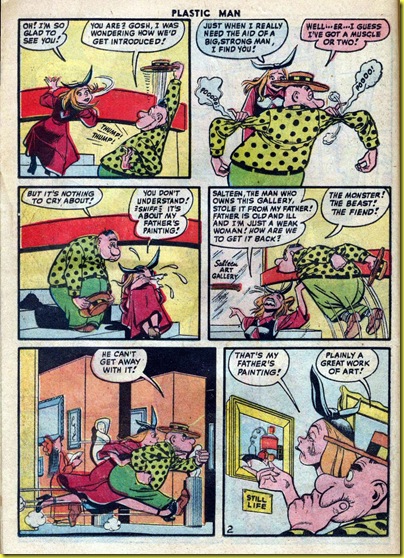 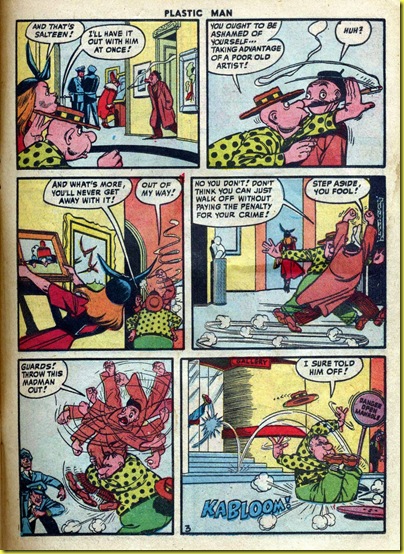 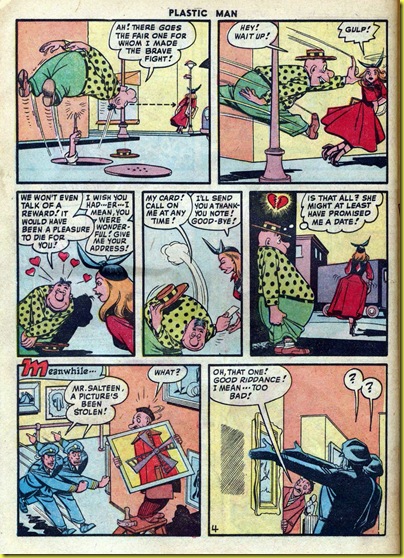 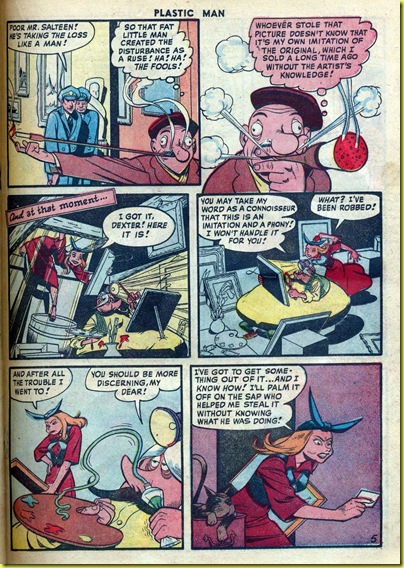 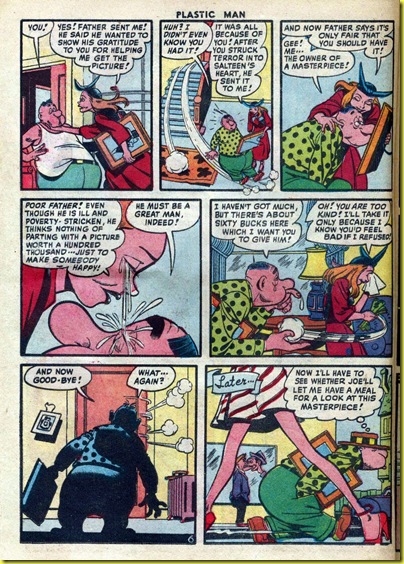 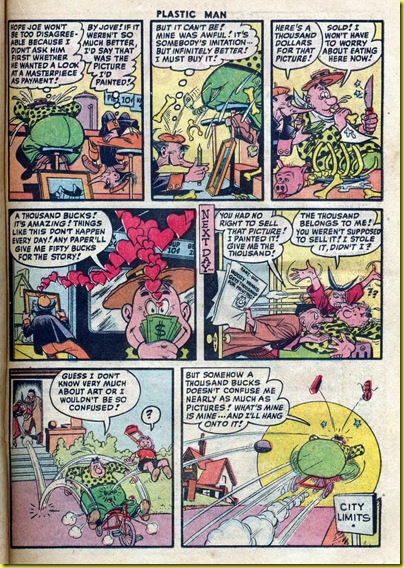 This is a clever, engaging story. About half-way through, you begin to hope that Woozy and the girl will hook up. The girl is homely in her features, and treacherous in her character, but there is still an air of innocence about her that compliments Woozy.

There are some wonderful gags sprinkled throughout, such as when the girl (who incidentally is unnamed in this story) calls Woozy a “big, strong man” squeezes his upper arms, and they deflate like balloons with a “pooooooo” sound effect. Or the two museum guards speaking and moving in tandem for no good reason.

It’s the great drawings that let you know Jack’s back, though. Such as the windmill punch at the bottom of page 3, first seen in Midnight’s 12 adventure in 1941. Or the return of the pointed-bottom exclamation mark at the end of the “KA-BLOOM!” sound effect (also at the bottom of page 3). Cole was beginning to revitalize his work by returning to some of the techniques and styles of his youth. In short order, he would round up his old bag of tricks, throw in a few new ones for good measure, and invent a new, dense style.