Is This Cole? – Will Bragg (1949) – A Rare Portrayal of A Woman Pilot in Early Comic Books

Here’s a neat find by comic book artist, writer, and fellow comic book archeologist Frank Young. Unlike the character featured in this article, WILL BRAGG, Frank WON’T brag, so pardon me if I do a little braggin’ on him, here.

Frank just caused a splash in the comic book world with his discovery of two heretofore unknown Fletcher Hanks stories. Frank also is creating with the talented and inspired David Lasky one of the richest, most entertaining historical graphic novels I have ever seen, Carter Family Comics: Don’t Forget This Song. As if this weren’t enough, Frank is THE scholar on Little Lulu writer/artist John Stanley, with an extensive blog called Stanley Stories. Thanks for this gem, Frank (and the unknown scanner)!

Jack Cole had trouble single-handedly keeping up with the demand for PLASTIC MAN stories and was forced to work with assistants. It’s interesting, and even a bit of a paradox, that he also created a fair number of comic book stories that appeared in the back pages of various Quality Comics titles. I see this as the result of his restless nature and up-and-down energy. I think new projects held a great deal of appeal to this inventive, ever-growing artist.

Take a look at the following story and see if you agree with Frank Young and myself that Jack Cole drew it. Just look at the curl of smoke in the last panel on page one… nice, huh? 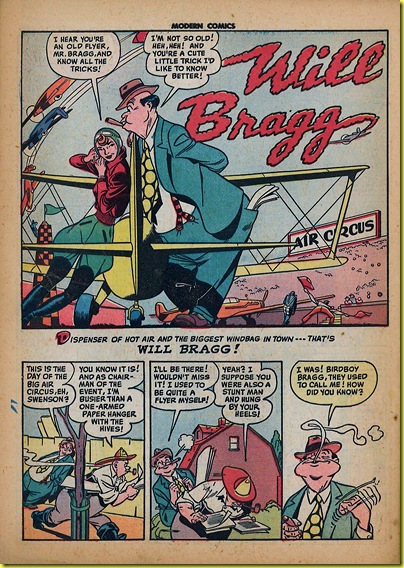 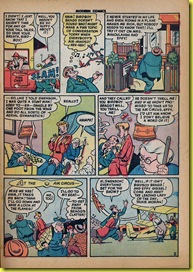 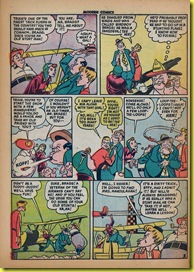 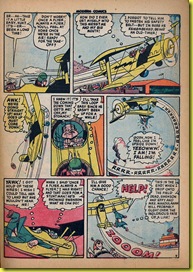 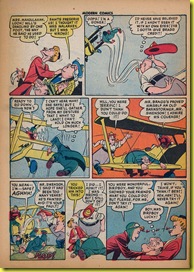 WILL BRAGG began as a back-up feature in Modern Comics #47 (March, 1946). Quality staffer Paul Gustavson created the series, writing and drawing most of the stories.

However, it appears to be none other than Jack Cole who delivered pencils and inks on the Will Bragg stories in the last four issues of Modern Comics, issues 99 to 102.

In the story above, from Modern #101, the most obvious Jack Cole touch is the woman pilot. In fact, she stands as one of the more appealing of women in Cole’s stories, being a very upbeat tomboy who is generous of heart and easy on the eyes. It’s easy to see why Will Bragg makes a fool of himself over her!

The “regulars” character design in this series (not the woman pilot) is very UN-like Jack Cole, but he was forced to work with the cartoony, almost ugly figures as originally designed by Gustavson, for continuity. It’s too bad he couldn’t have known in advance the series was ending with these stories and really cut loose. Even so, there are moments which are satisfying, and it’s cool to see Jack Cole’s graceful drawings of a cool old biplane in flight.

Perhaps Cole got this series because of his years one-page stories that featured another boastful blowhard, WINDY BREEZE. (To read the WINDY BREEZE stories, click here). In any case, the stories do not seem to be written by Cole, as they lack his breakneck pacing, satire, and darkness. However, the artwork – to my eye – certainly does look like his work, and there are some nice examples in the WILL BRAGG stories.

This was some of Cole’s last cartoony work. In short order, he would shift his style into a more sober, realistic, and shadowy world, as seen in the Angles O’Day  and Web of Evil stories.

What do you think, dear readers… IS THIS COLE? Your comments are welcome and add much to this blog.

To help you decide for yourself, here are the other Cole-ish WILL BRAGG comic book stories, from Modern Comics 99, 100, and 102. Alas, these available only in microfiche scans which, at their best, are pretty muddy and washed out. Even so, it is possible (and fascinating) to see the hand of Jack Cole all over these pages. 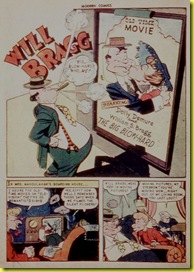 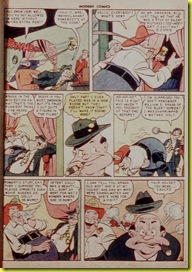 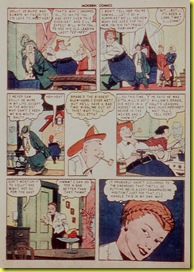 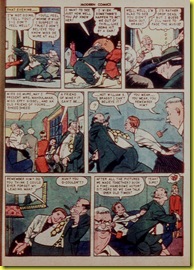 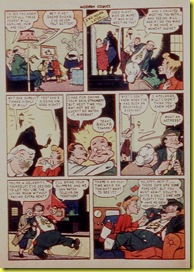 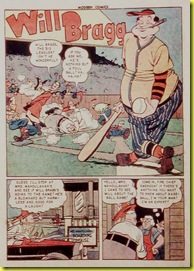 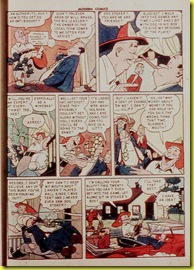 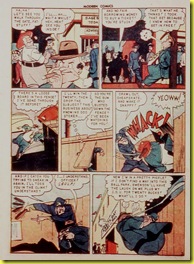 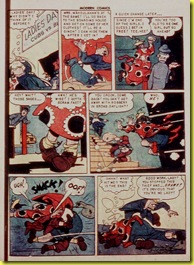 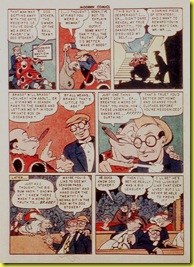 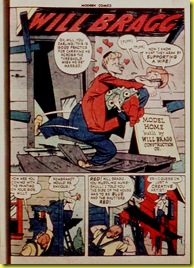 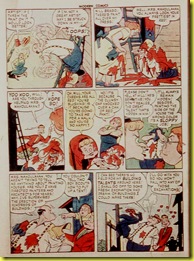 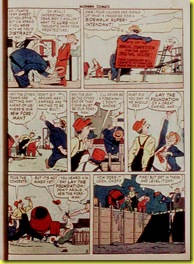 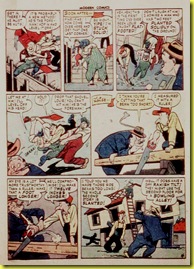 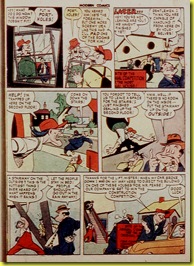 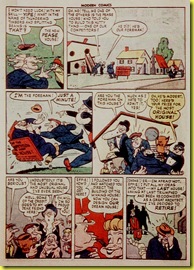