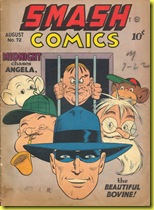 Cole set several of his stories in traveling carnivals and county fairs. He even co-created a series, The Barker, that featured the exotic members of a travelling carnival sideshow. Rural America is reflected beautifully in this lovingly drawn madcap MIDNIGHT adventure set in a country fair. Cole dresses this story up with an almost literary level of details, including a hog show, a daredevil motorcycle attraction, a lecture on animal husbandry, and hootchie kootchie dancers.

In the splash page, note that Cole has signed this story “J. Cole,” in plain block letters, with no attempt at flourish or style. Unlike many artists, Cole did not create a stylized signature and “brand” his work with it. Here’s Cole’s signature from the pages of Plastic Man #1 (1943).

He almost always signed his stories (when he did sign them, which was sporadically) with his full first and last name. So, it’s interesting that in this story, Cole signed with his first initial: “J. Cole.”

Of course, in his other, parallel career as a magazine gag cartoonist, Jack Cole was required to develop a more stylized signature, as was the custom. Nonetheless, his signature was very simple and unadorned. Here’s his “Jake” pen-name signature from the mid-1940’s:

In a similar plain brush-lettered style, here’s a signature from a 1957 Playboy cartoon:

I am also struck by the tombstone shape into which Cole has inserted his signature on the splash page. It’s possible to read too much into such things, but it is interesting to read the text in this headstone shape and discover that it discusses death in connection with devoted love.

I bring this up not to psychoanalyze a man over 50 years after his death, but to suggest that many of these second-run Midnight stories are not as fun as they should be, and that perhaps this is because the shadows in Jack Cole’s psyche had begun to grow.

However, it’s time to moo-ve on, so without further ado, here’s another remarkable, if flawed, forgotten story by a creative genius. 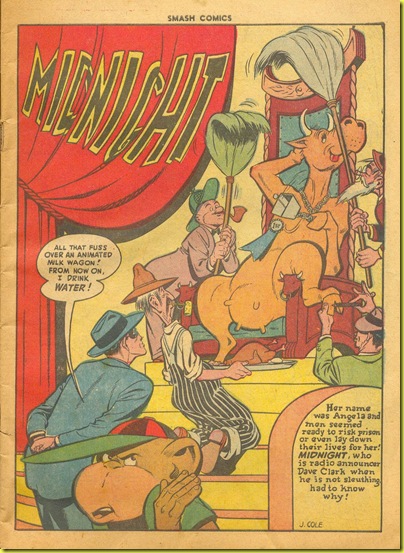 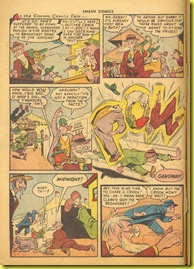 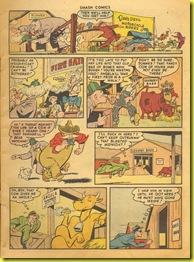 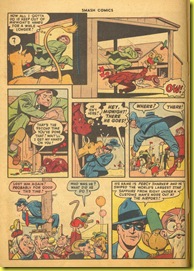 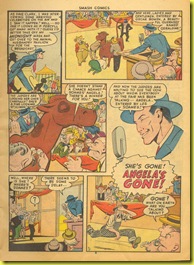 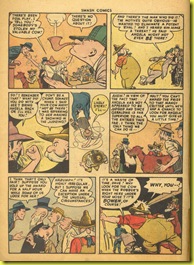 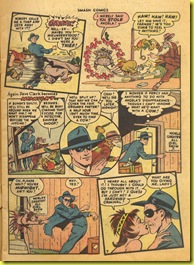 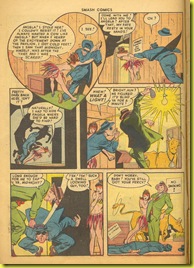 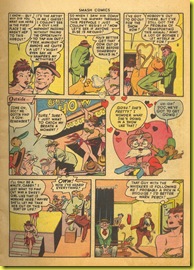 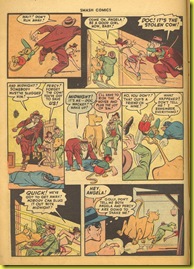 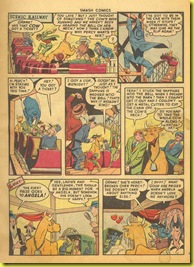 So what does it all mean? I wish I could say. I’ve read this story a dozen times, and it feels as wispy and hard to grasp as a dream. On the surface, it appears to be a standard Quality-style yarn, but what is one to make of the oddly human, but mute cow? Or the appearance of not just any stolen gem, but the world’s biggest star sapphire? Or the perky, sexy girl who has zero interest in the clean-cut hero and instead remains devoted to the low-life thug? The usual story elements are present, but they somehow they are subverted.

Like many masters of comic book storytelling, Cole mined his sub-conscious for stories and details. In the late 1940’s, as we see here, there is a curious development where his art and mastery of visual storytelling techniques reach a peak seldom passed by other comic book creators of any era, but his storytelling seems to collapse under the weight of some unseen, inner pressure.