Did Frederic Wertham Drive Jack Cole Out of Comics?

Imagine that you are one of the top people in your field. Imagine that you have worked hard for 15 years to not only master a demanding art form, but contributed significantly to the development of that art form. In so doing, you've proudly made a good living, supported yourself and your wife, risen out of your humble circumstances, and even managed to buy a large house in a nice neighborhood.

Then, imagine that suddenly the field you have devoted yourself to is declared to be harmful to children and to society. Imagine how confusing that could be. And then, imagine opening a popular magazine and discovering that your work is being held up as a prime example of how your field harms children.

That's exactly what happened to Jack Cole in November, 1953 when the Ladies Home Journal, a very well-read magazine of the time, published an anti-comics article and called attention to his work. 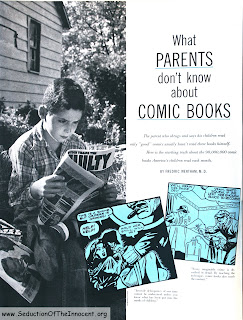 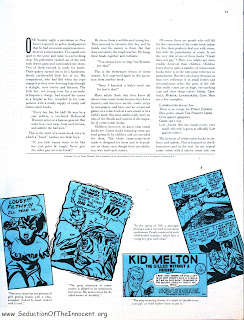 This double-page spread includes a panel from Jack Cole's classic story, "Murder, Morphine, and Me" (True Crime Comics Vol. 1 #2, May, 1947 ). The image is unforgettable, to be sure... and no editor worth their salt would pass up the chance to include this art in their publication as it would certainly draw interest. In the article, it is never mentioned that the scene the panel is taken from is actually a dream sequence, and the entire story is a cautionary tale. (The entire classic story is posted on my blog here). This iconic image simply sits, out of context, as one of the key images in the war against comic books that happened in the United States from 1948-55. (Many thanks to www.SeductionOfTheInnocent.org for the above scans) 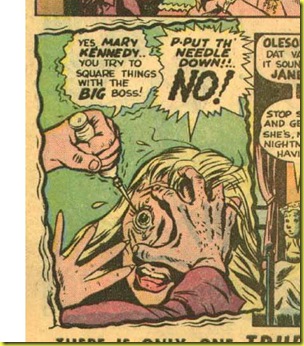 Nonetheless, what decent human being would not read this article and ask themselves, "did I go too far?" The article was written by the infamous child psychologist Frederic Wertham. A few months after the Ladies Home Journal article, Wertham published a highly influential book, Seduction of the Innocent, in which he said that comics books harmed children and society. The book included a section of excerpted panels and covers printed on glossy paper in the middle, and the needle-to-the-eye panel from True Crime was one of the more vivid examples in that section.

The panel had also appeared in Wertham's first volley against comic books, about five years earlier, in an article he published in The Saturday Review of Literature in May, 1948: 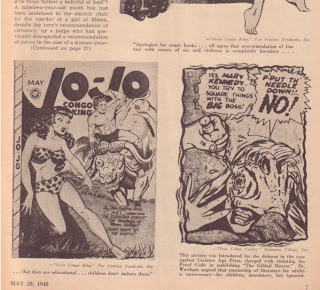 In 1951, pages from "Murder, Morphine, and Me" appeared in an investigation conducted by the New York State government: 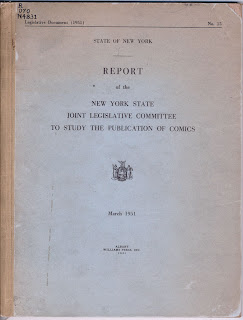 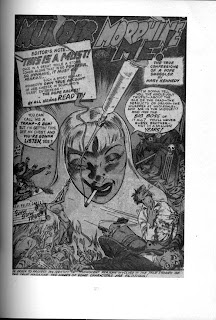 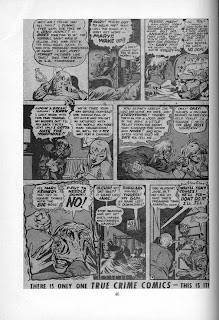 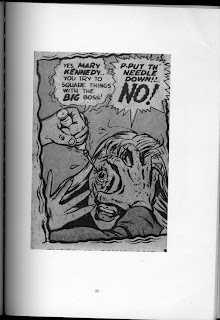 It all came to head when the United States Senate got involved. 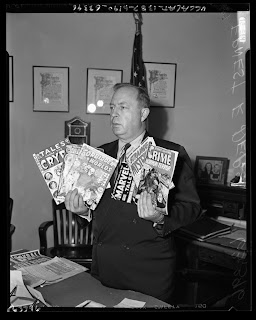 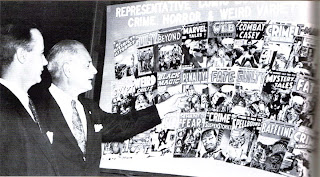 In 1954, hearings were held in Congress, for goodness' sake! Some of these hearings were even televised! This time, not only Jack Cole's True Crime Comics story was singled out, but PLASTIC MAN - his baby, his masterpiece, was labeled by the United States Government as "Objectionable." 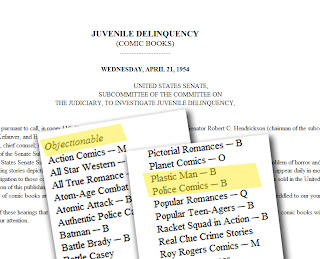 Comics were in trouble. At the conclusion of the Ladies Home Journal article from November, 1953, Wertham calls for their extinction: "Whenever you hear a public discussion of comic books, you will hear sooner or later an advocate of the industry say, 'Comic books are here to stay.' I do not believe it." In no time, millions of comics were gathered and destroyed... in scenes that resembled the book-burnings in Nazi Berlin. 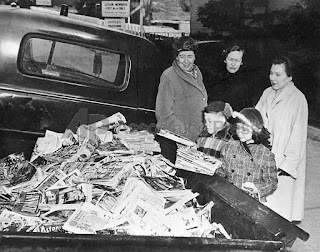 Good grief! How terrible would anyone feel if the work they had poured their talent and sweat into was being rounded up and eradicated from existence!

As sales dropped, and publishers scrambled to adapt to the changing market, job opportunities for a comic book creator dwindled. Even for the greats, like Jack Cole. He left comics in 1954 and shortly after became the lead cartoonist for the brand new magazine, Playboy.

Could Jack Cole have looked at these articles and the TV broadcasts, and felt ashamed to even say he was a comic book artist? Could the rabid attack on comic books have shamed Jack Cole? Is this why he hardly ever mentioned his 16 years in the business? Is this why he barely gave himself any credit publicly for creating the Plastic Man stories, which now stand as one of the most appreciated and beloved groups of classic comics ever?

While we have no actual documentation or oral history to support the idea that Wertham's crusade drove Jack Cole out of comic books, it seems to be more than possible -- perhaps even very likely.

The anti-comics crusade affected this emerging art form in a number of ways. Check out the article I wrote with fellow comics historian Frank Young at Comic Book Attic here. I'm happy to report that Roy Thomas plans to publish that article in the next issue of his great magazine Alter Ego.

Personally, I have always found Cole's comics to be anything but a corrosive influence. I remember being very affected by the humanity and humor of the few Plastic Man stories that were reprinted in the 1970's. To me, the witch hunt against comics may have been well-intentioned, but I don't think it was connected much to reality, which in this case was that millions were entertained by the great work of Jack Cole and his colleagues. As proof of that, here's a photo from the late 1940's  that shows how a sick kid found some enjoyment in comics.  Can you spot the Cole comic on his bed? 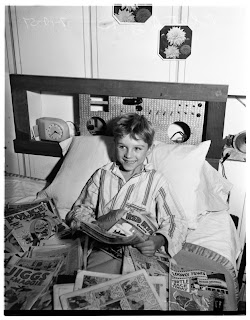 And finally, here's yet another photo of a young fellow enjoying a stack of comic books, with True Crime Comics  proudly displayed on top -- the title that contained the offending needle-to-the-eye panel (that perhaps Cole wished he'd never drawn). I don't know about you, but I identify MUCH more with this kid, than the politicians. Long live comics! 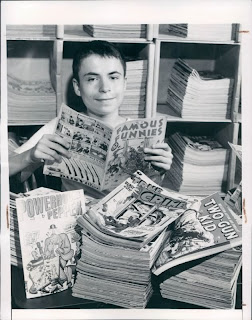