During the 1940's, Jack Cole created 400 to 500 one-page funny episodes that appeared in the pages of various Quality Comics titles. This is a major part of Cole's work in comics and deserves attention as such.

These one-pagers (on rare occasion, two-pagers) featured a handful of characters, some of which Cole invented and some of which others created and Cole later took over. In his great 1986 book, Focus on Jack Cole, comics historian and science fiction author Ron Goulart calls this material "out-and-out funny stuff," and I agree.

I once dismissed Cole's one-pagers as filler fluff, but a more systematic study of these has led to a sincere appreciation for this material. Jack Cole's one-pagers are usually very inventive graphically, extremely well-written, and downright funny.

I think Cole found probably an outlet in these that satisfied his earliest yearnings to become a syndicated cartoonist. In a way, these monthly one-pagers functioned as a sort of regular comic strip. In fact, one could regard this work as a precursor to Jack Cole's 1950's syndicated comic strip, BETSY AND ME.

Aside from brief runs of Cuthbert, Fuzzy, and Poison Ivy, there were five main characters in Cole's stable of Quality Comics one-pagers:

When you consider that Jack Cole wrote, drew, and lettered 5 one-pagers a month for most of a 6-year stretch from 1941 to 1947, it's almost as if Cole single-handedly created his own Sunday comics section every month!

And this was on top of monthly creating PLASTIC MAN and MIDNIGHT stories, the various back-up stories scattered all over the pages of Quality comics, and several covers! 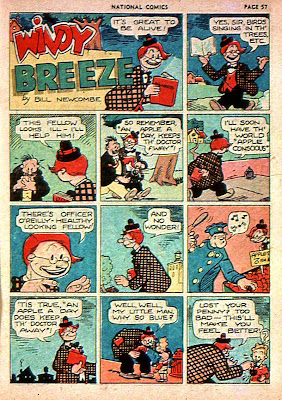 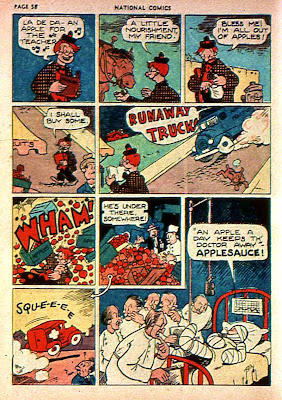 Starting with National Comics #10 (April, 1941) Jack Cole wrote and drew a one-page Windy Breeze episode in virtually the next 50 issues, through June, 1947. They are all signed with his pen name, Ralph Johns (Ralph was Cole's middle name, and John is the formal version of "Jack.").

Jack Cole kept the basic appearance of the character he inherited, but changed his personality.

Cole re-framed the character from a clumsy, accident prone goof into a brilliant, flamboyant liar. This concept fit the stip's title beautifully and propelled a boring, run-of-the-mill comic into something special. Cole also created a little boy nephew/sidekick that listened to the tall tales with an attitude that became increasingly increasingly jaded as the strip developed.

Incidentally, the visual appearance and interplay of the two characters is a little similar to the two characters in Harvey Kurtzman's brilliant HEY LOOK! one-pagers that began appearing in Timely titles in June, 1946. It's possible Kurtzman was influenced by this earlier series.

I'll eventually post the entire WINDY BREEZE series, as well as runs from the other series, on Cole's Comics. Here are the first 10 episodes of Windy Breeze, teller of tall tales, extraordinaire! 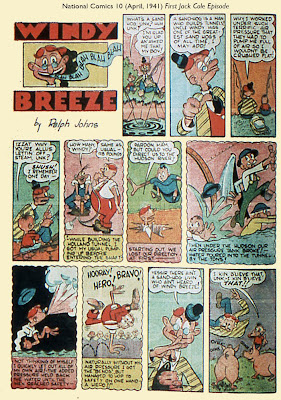 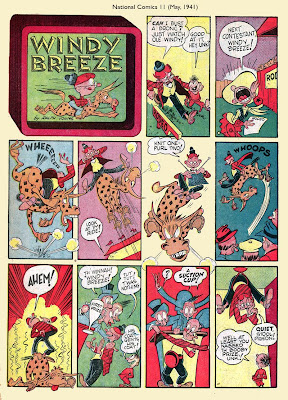 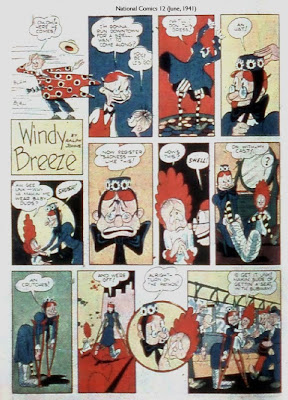 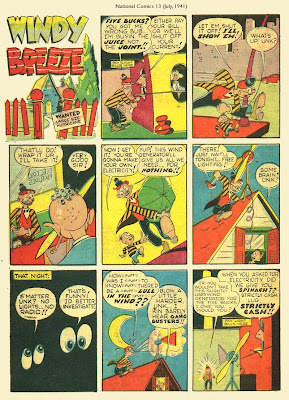 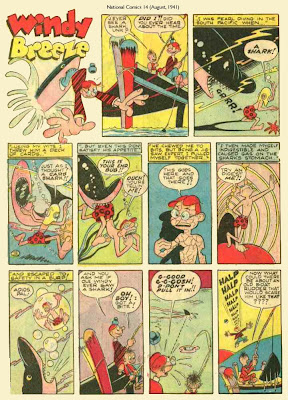 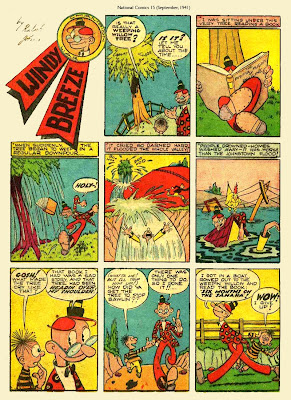 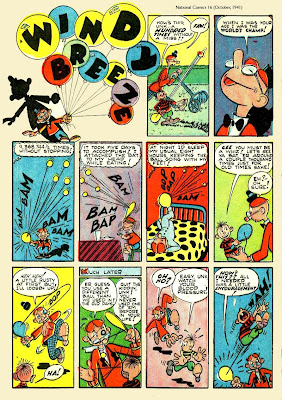 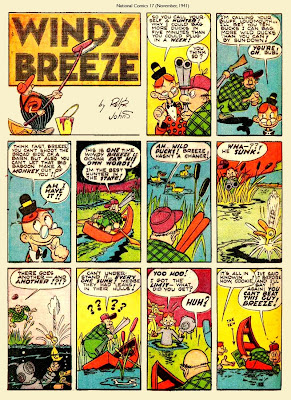 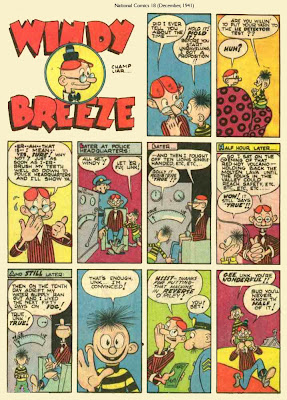 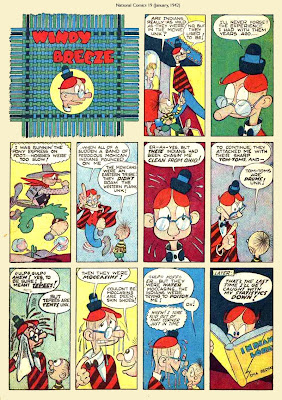