In March, 1944, Quality’s comic magazines published nearly 40 pages of work by Jack Cole. Considering that Cole was doing it all: writing, penciling, inking, lettering, and probably even coloring -- his rate of more than a page a day is pretty impressive. The heavy workload for this period probably explains the less detailed look of this BLIMPY story, although Cole was also fitting his work into the previously established look and feel created by Quality Comics staffer Tony DiPreta.

In this story, Cole’s imagination and sense of fun are fully engaged as he has the brilliant idea of inserting the sex-crazed PAN into the otherwise bland and pre-pubsescent world of BLIMPY. Check out the sexy girl on page 5, panel 6 (wolf whistle).

Cole even directs his satyr into a burlesque show… with predictably comical results!

In the splash panel, the over-sexed satyr seems to be dragging the child-like BLIMPY into a room marked “Ladies Only.” This panel, to me, seems to be almost an illustration from Cole’s  (and most men’s) sub-conscious world where their lust [the satyr] is in conflict with society’s taboos and morals [Blimpy]. Heavy stuff for a children’s story. BLIMPY readers must not have known what hit them.

Of course, in wartime 1944, more comics were selling to American soldiers than children. Cole and his editors must have known this. In fact, it was around this time that Quality began to stuff their seven anthology titles with stories involving scantily-clad heroines and girl-next-door teens who just happen to spend most of the story in lingerie and skimpy swim suits.

On page 2, panel 2 and on page 6, panel 1 we see Cole’s oft-used device during this period of silhouettes in profile against a large full moon. (see the post on Cole-isms here)

Jack Cole created two BLIMPY stories. This is the only one I’ve found, so far. Please pardon the quality as the pages are from micofiche scans, the only versions available at this time.

I hope you enjoy this lost gem from the Cole mine! 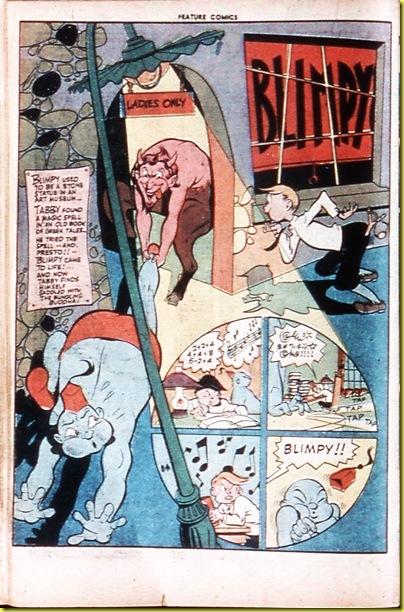 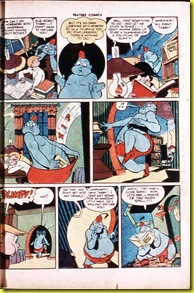 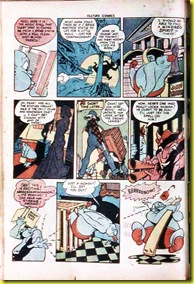 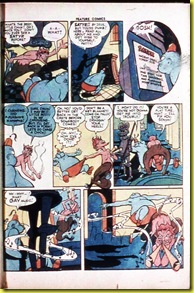 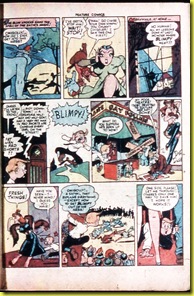 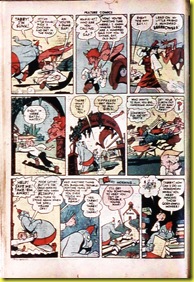