Welcome to the second installment of Jack Cole's one-page stories featuring that lovable blowhard, WINDY BREEZE. If you missed the first 10 episodes, they are posted here. The next posting will be my 50th, and I've got something special planned for you, so stay tuned!

There are some gaps in the sequence presented here (such as nothing between issues 20 and 25). This is due to the fact that, as of this date, scans for these pages simply are not in circulation. This collection represents hours of digging around around the musty corners of the Web to assemble as complete a set of these rare one-pagers as possible. If anyone has scans to fill in the gaps, please share!

Also, in some cases, certain issues (such as National #22) didn't run a Cole WINDY BREEZE.

The image quality of some of these pages is, admittedly, quite poor. Some of the pages are from micro-fiche scans. I've touched up the pages to make them as readable as possible.

Reading these in sequence gives one a good sense of how Cole developed as a graphic storyteller. In these pages, his writing gets better and better, and his art is loose and confident.


National Comics #25 (Oct, 1942)
Jack Cole begins to deviate from his formula by having WINDY actually doing something instead of bragging about it. It's funny in a horrifying way that WINDY enthusiastically attempts surgery on a poor patient, with a comically disasterous effect! 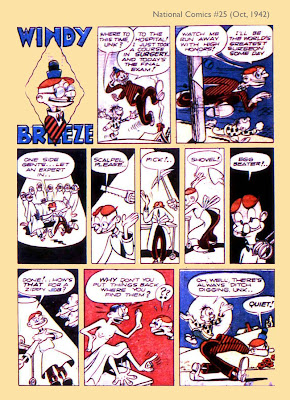 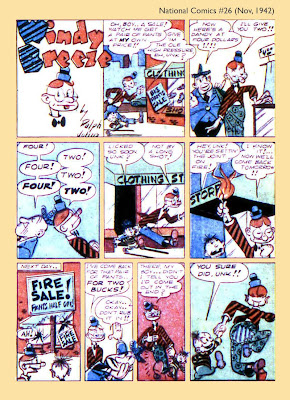 National Comics #28 (Jan., 1943)
This begins a beautiful sequence of winter/snow themed pages in which Jack Cole plays with postive and negative space. 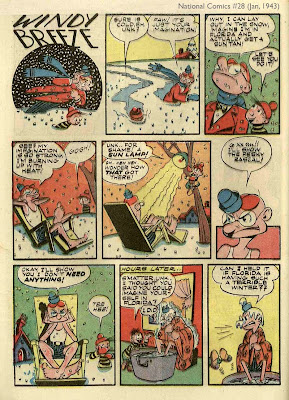 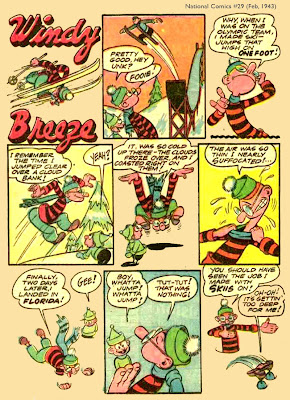 National Comics #30 (Mar, 1943)
Yet another wintery page. Cole's use of negative/positive space resonates with similar images in Will Eisner's snowbound winter SPIRIT stories. 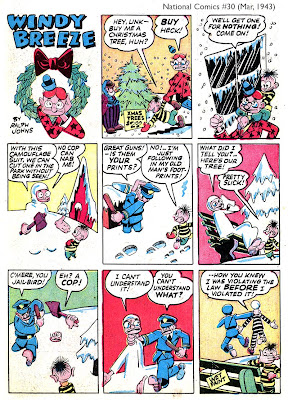 National Comics #31 (April, 1943)
Cole's comic book stories are filled with characters donning funny disguises. Cole ends on a meta-joke in which a character speaks directly to the reader. 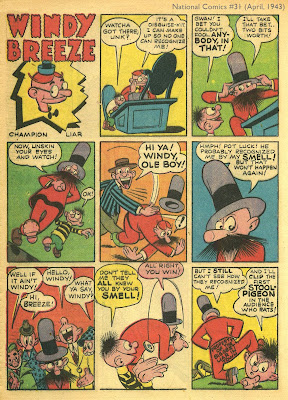 National Comics #34 (August, 1943)
A nice meta-joke in which the characters become aware of their own speech balloons. 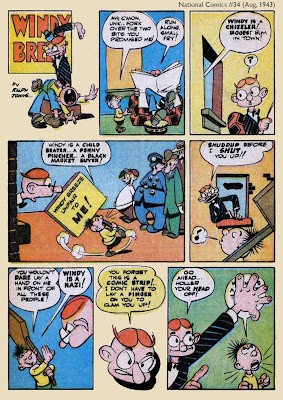 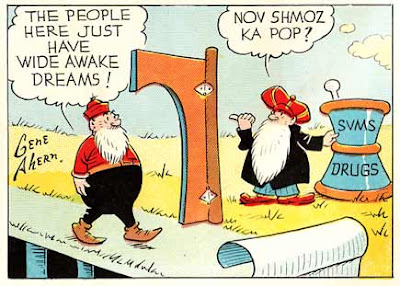 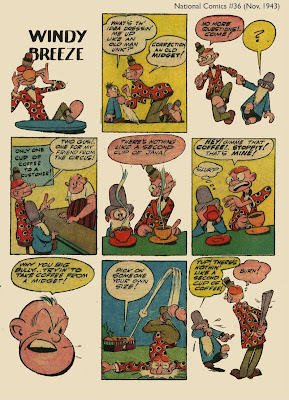 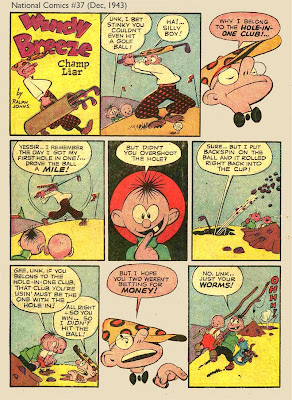 National Comics #38 (Jan, 1944)
Here is a great example of Jack Cole's pet face-changing (shapeshifting) theme (see other posts on this theme here). This page is very similar to a BURP THE TWERP episode that was recently reprinted in Art Spiegelman and Francois Mouly's great TOON TREASURY, a highly recommended book. 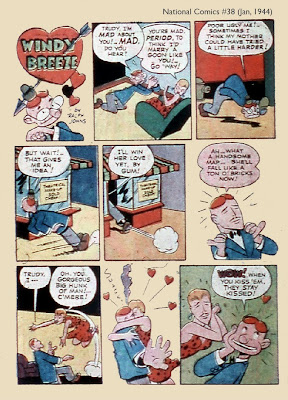