A shy, gentle man by all accounts, Jack Cole as a creator was a bold extremist.

For all the grimness of the concept of a heroic team that regularly loses members to terrible deaths, Jack Cole’s DEATH PATROL is astonishingly cartoony. Most of Cole’s work is a big, rich mix of the horrible and the hilarious. Next to PLASTIC MAN, the eight stories Cole made in the DEATH PATROL series rank among the craziest blends of death and comedy available in comics, or any other art form.

In this breathless story from Cole’s second  run on the series, we are treated to a delightful episode of hen-pecking and cannibalism. It would be absurd to attempt to make sense of this nutty story that seems to stream directly from Cole's subconscious. However, it is worth noting that Cole slipped in some memorable zingers in this 4-page wonder:

Apologies must be made for the racist content of this story. It's rather startling to encounter undeniably thick veins of racism in the work of an otherwise good-natured (if dark) humorist. Compare this 1944 story to Cole's 1950's CHOP CHOP stories featuring the Blackhawks' own racist portrayal. It helps to bear in mind that Cole's portrayals of non-white people are more or less in line with the culture of his time and were certainly far from the only instances of such treatments in 1940's comic books. For example, consider the well-known comic and racist black boy character, Ebony White, from Will Eisner's SPIRIT series (a character Cole developed in the unknown and under-appreciated FANNIE OGRE story he ghosted in the SPIRIT dailies).

The splash-dash splash page features a roulette wheel of death, an echo of the first story in Plastic Man #1 (June, 1943) from about a year earlier. One cannot help but wonder where the green demon addressing the reader came from -- it's a rare instance of Cole depicting a non-human, imaginary form. 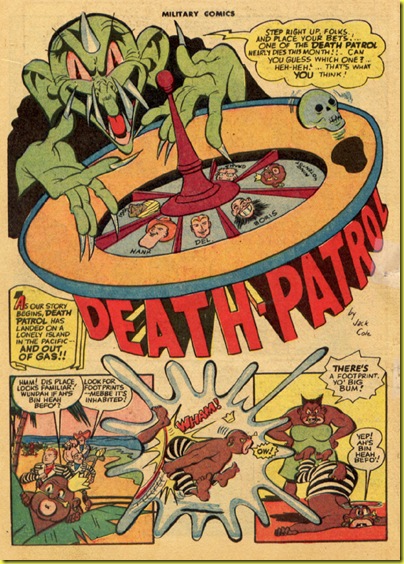 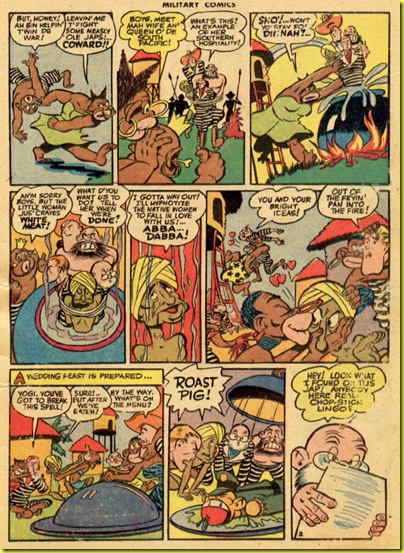 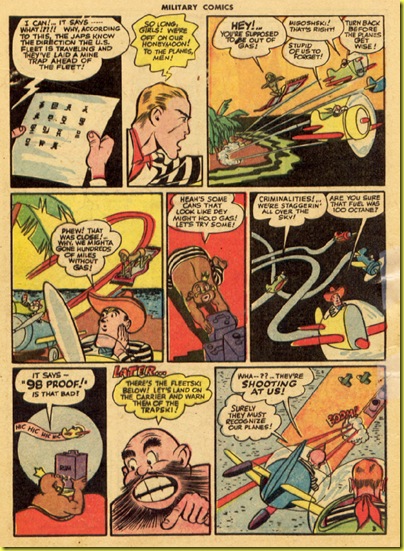 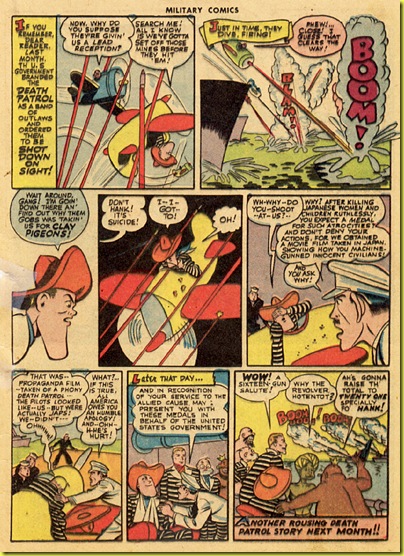 Thus the pedal-to-the-metal story skids to an abrupt halt. Even if Hank's explanation is too hastily accepted, the story still works. Aside from Milt Gross, has there ever been another master of the sequential narrative who naturally worked with such breakneck, helter-skelter pacing?

Other DEATH PATROL stories published in this blog (so far):