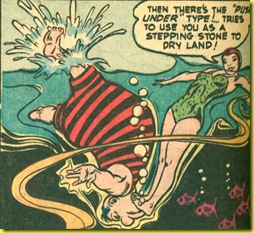 Many issues of the Plastic Man title ran short 4-7 page Woozy Winks stories. Jack Cole appears to have written and drawn about half of these stories, the rest being created by other artists including Bart Tumey, Bill Ward, and Alex Kotzky.

Here’s a quivering quartet of 4-page Woozy stories that display flashes of the genius of Jack Cole.

Overall, the Woozy stories work as lighter fare in the Plastic Man books. Many of the stories have 3 tiers instead of 4, making them breezier. The writing is less complex and bizarre than the Jack Cole PLASTIC MAN stories in the same books. However, even in a light-hearted back-up filler story, Jack Cole could not keep his personal darkness at bay.

In 1952, Jack Cole changed his art style. Like many comic book artists of that time, Cole moved from a cartoony, screwball style to a more realistic and sober visual approach. This is especially evident in his Angles O’Day stories.

You can see that style in these stories, as well. Cole has a new way of drawing faces and bodies that represents a sort of toned-down caricature style.

Check out the corkscrew-tailed balloon in the splash panel – a sure “tell” that the story comes from the constantly inventive mind of Jack Cole.

Many of the Woozy stories featured Jack Cole babes, usually lusted after and chased relentlessly by the little fat man. In this story, Cole gives Woozy a girlfriend for this one story, but she is as goofy-looking as Woozy! 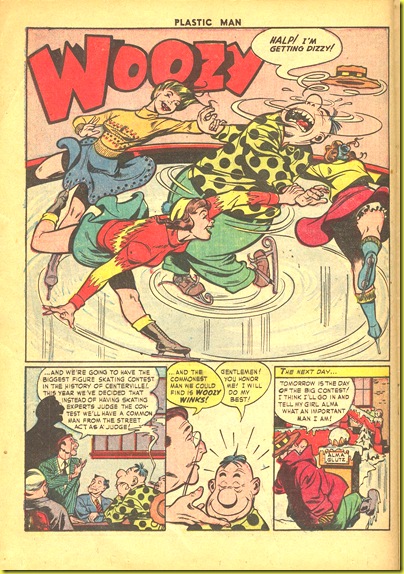 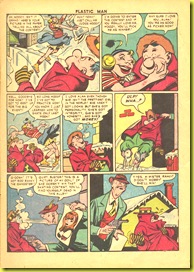 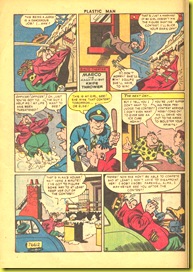 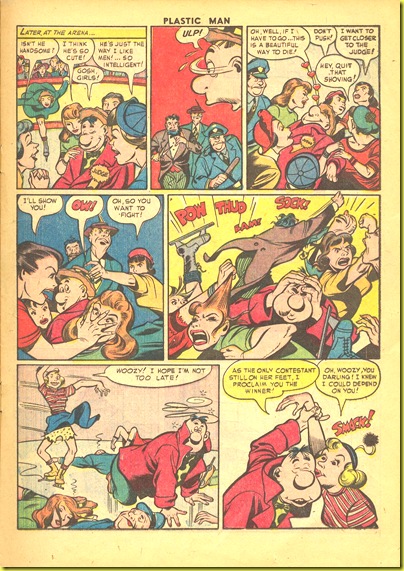 From his earliest days in comics, Jack Cole loved to draw water and fire. The third panel on page one, with the erupting, orgasmic geyser is an image Cole drew over and over in his work, usually as eruption volcanoes or spewing flasks. As are the gracefully waving flames. The middle tier on page two is a particularly great sequence, and contains another “eruption” image. 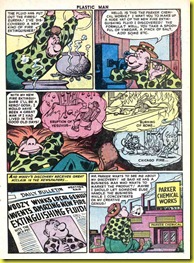 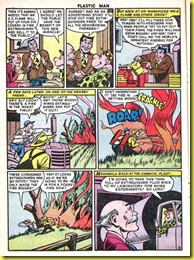 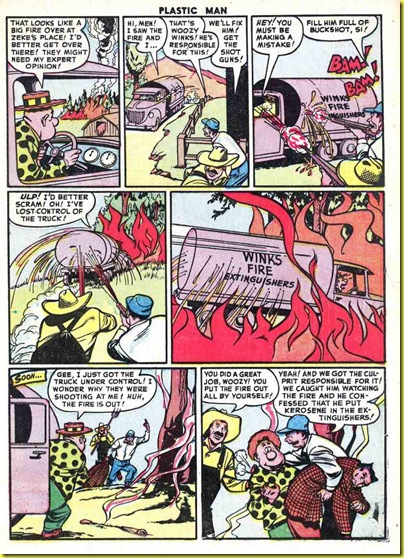 Girls, girls, girls! And water again. Cole also loved textile patterns. Woozy’s striped, comically old-fashioned swimsuit works the same visual magic as the prison-striped uniforms of Cole’s early 1940’s Death Patrol stories. But most of all, Woozy in this story resembles Cole’s other great super-hero satire: Burp the Twerp. Check out how Cole letters the word “darrrrling” in the splash panel speech balloon, with shrinking R’s. Wow.  Always growing, Cole began to capture dialects and expressive intonations by varying the size, boldness, and slant of letters in his dialogue ballons. 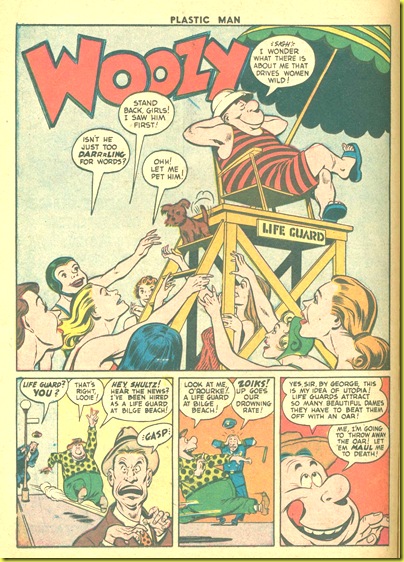 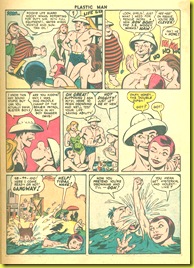 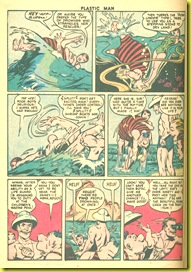 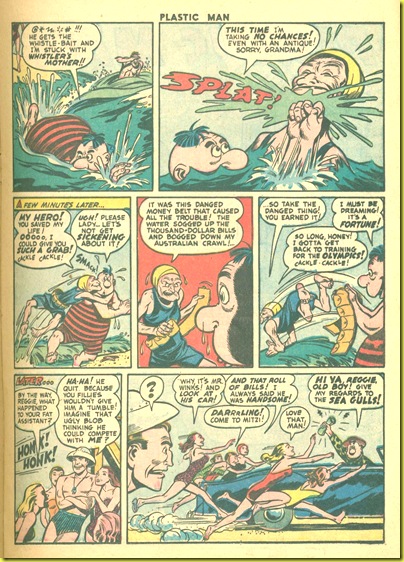 This 4-page wonder presents us with yet another comically attempted suicide, a device that Cole – who killed himself in 1958 – disturbingly worked into a great many of his comic book stories. In this story, Woozy suffers extreme mood swings and has to find a reason to live. The script almost works as a philosophical search by the author to find an argument for continuing or ending one’s own existence. Did I say the Woozy stories are fun to read? Gulp! 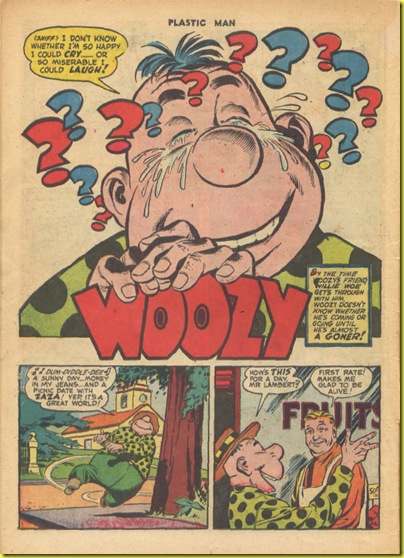 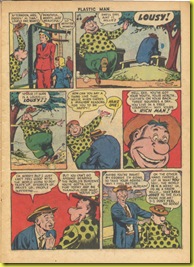 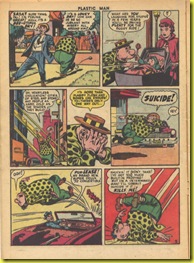 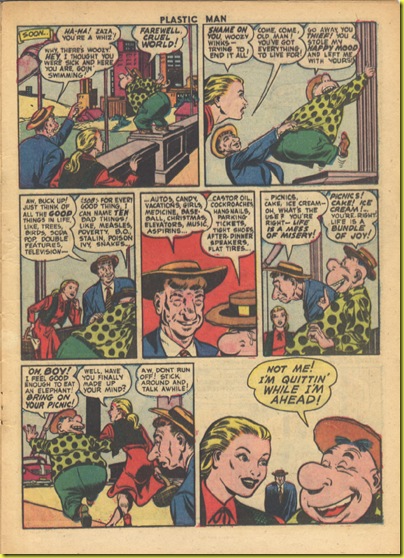