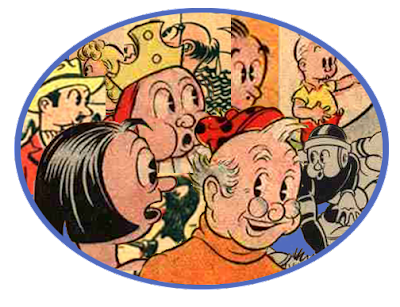 Jack Cole first learned cartooning through a correspondence course mailed out of Cleveland, Ohio called the Landon School of Cartooning. When he was 15, he saw an ad in a magazine for the course. It probably looked something like this ad, from an early 1920's issue of Popular Science:

According to Jim Steranko's History of Comics 2 (an excellent book, worth searching for), Cole asked his father, who was in the dry good business, to pay for the course. When his Dad refused, the endlessly inventive (and stubborn) Cole hollowed out one of his text books, smuggled sandwiches to school, and saved saved his lunch money until he could pay for the course himself.
The Landon School of Cartooning can be said not only to be a major influence on Jack Cole, but also on American comics in general. Artists known to have taken the course include Roy Crane, Milt Caniff, V.T. Hamlin, Ethel Hays, Bill Holman (see our post on Holman's influence on Cole here), E.C. Segar, Chic Young, and Carl Barks (who only completed four classes, but nonetheless acknowledged its influence on his development as a cartoonist).
In 2008, a facsimile edition of this seminal body of knowledge was published, but has since gone out of print. You can find some of the text on the first few pages of this reprint edition here.

Cole's early published comic book artwork owes a great deal to his lessons in the Landon School of Cartooning. You can see a similarity in style between the pages below, a selection of humorous fillers from 1939, and the drawngs in the ads for the Landon School, above.

With the next 2-3 years, Cole would grow out of this pie-eyed style of cartooning, sometimes known as the "bigfoot" style, but a flavor of this style would stay with his work for the rest of his career. 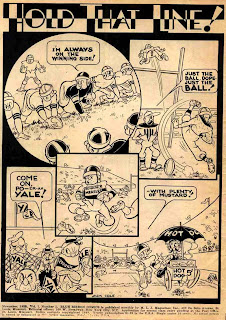 A typical characteristic of Cole's early funny comics is the white "pie-slice" in the eyes of his characters. The point of the slice is always in the same direction the characters are looking. Carl Barks used this effective technique throughout his work. 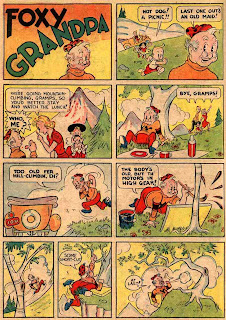 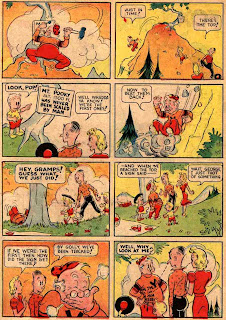 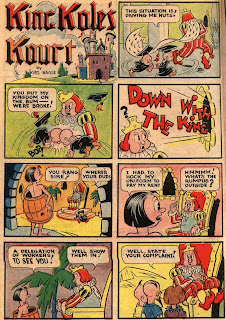 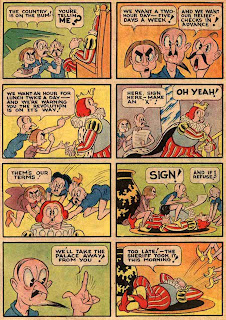 Top-Notch Comics #1 (Dec. 1939, MLJ/Archie)
Take a look at the great faces on this page!
In 1937, probably with more time on his hands and less money than he desired, Cole himself created his own quickie cartooning course, modeled on the Landon School (and reprinted in Steranko's History of Comics 2). In his course, Cole condenses a vast amount of information and advice into a single sheet of paper. My guess is it was an attempt at generating income. It was also a marvelous summing up of what he had learned about the basics of cartooning.

In his advice on drawing faces, Jack Cole writes: "Another ideal way of learning expressions is to make faces in the mirror. I used to stand in front of my dresser for hours, laughing, pouting, frowning, sighing, etc. all the while recording on paper the characteristic wrinkles."
Nice penguins, too! 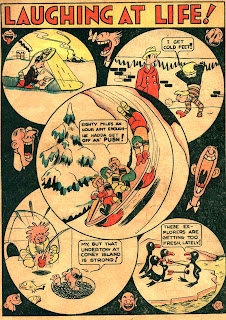