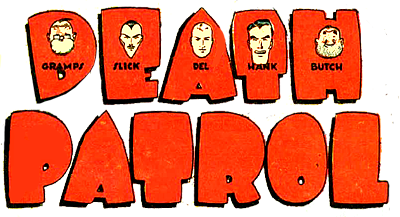 After this entry in his morbidly hilarious take on war, Cole left the series to others, such as Gill Fox and Dave Berg (later of Mad fame). Cole returned to the series in April, 1944 (Military Comics #28) and landed five more astonishing adventures, for a total of eight Cole episodes. More information and other DP stories can be found in this blog here.

Jack Cole's unusual and challenging concept for the series was that each story would introduce a new character, and at the end, kill off one of the team. In this adventure, two members of the Death Patrol team are lost. This series is perhaps Cole's most overt display of the theme of death and morbidity that runs through his work.

Keep in mind the stories also introduced new characters, making the Death Patrol stories a balancing act between birth and death, and a testament to Cole's confidence in his own inventive creative powers.

Despite the heavy concept, the DEATH PATROL stories are wildly funny, and filled with comedic moments. Visually, they are extremely satisfying, with great composition and Cole's trademark bizarre character designs.

The use of black-striped prison uniforms adds a great deal of visual interest to the stories. Notice, in this story, how comparatively plain the last four pages are, after the characters don plain brown aviation suits over their prison stripes.

The outstanding splash panel of this story echoes Jack Cole's CLAW stories, which he created at roughly the same time for Lev Gleason Publications (and which will shortly be shared and studied on this blog!) 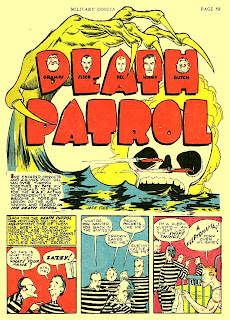 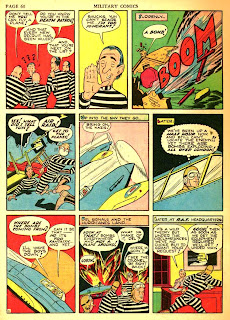 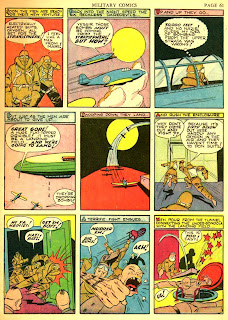 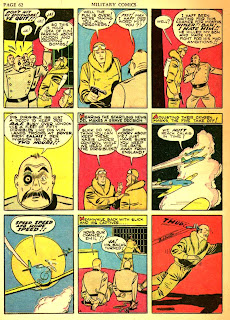 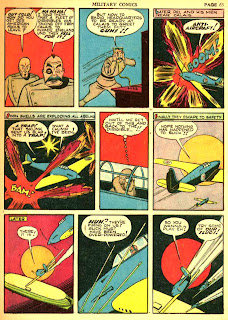 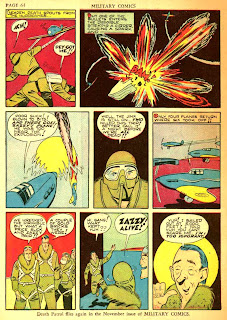