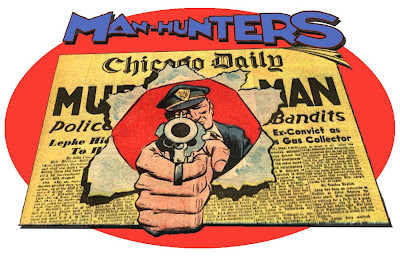 Top-Notch Comics #3 cover (Not by Cole) 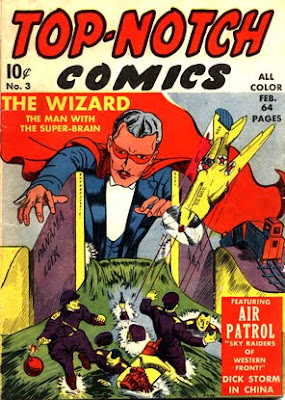 The criminal in this story, Herman Taylor, wears both the clothing and moral fabric of an unreformed EEL O'BRIAN, the early alter-ego of PLASTIC MAN. Both Eel and Taylor are tall, skinny fellows and they even dress similarly, in pin-stripe suits.

Jack Cole, whose capabilities as a comic book artist grew daily in 1940, turns in the most visually accomplished story in the set. He punches up the drama with extreme camera angles and distortions, such as this beautiful panel: 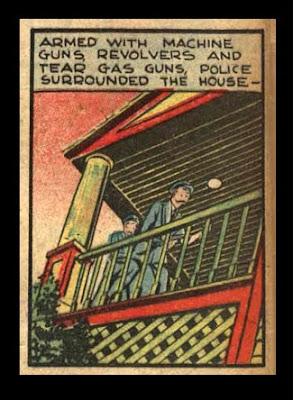 In addition to a gripping splash panel, Cole also draws several atmospheric panels throughout the story, making the reader feel the humid heat and mosquitoes of the Louisiana swamps, where the crooks eventually wind up. 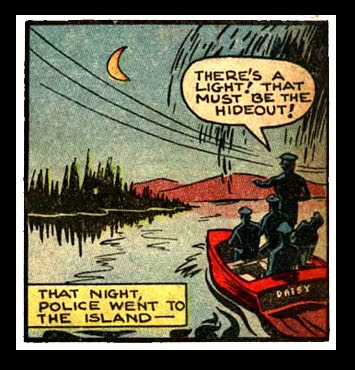 It's too bad that Cole didn't continue his highly entertaining crime series. Very shortly after MANHUNTERS trickled out, Cole's fellow creator in the Harry A. Chelser shop, Charles Biro, would go on to create the hugely successful true crime comic, Crime Doesn't Pay, and spawn numerous imitators. The budding comic book artist in the third year of his 18-year career was clearly on to something. Jack Cole would soon take the lessons he had learned in telling tightly-plotted, neo-realistic crime fiction, and apply them in the creation of his masterpiece, PLASTIC MAN. 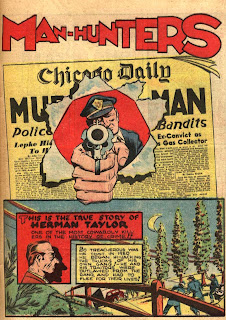 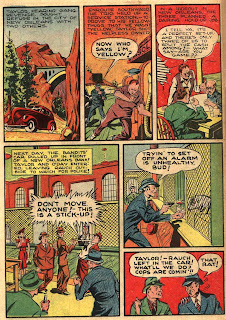 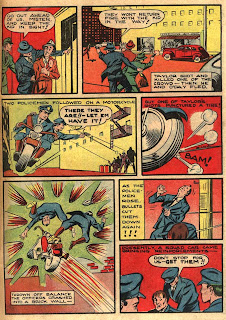 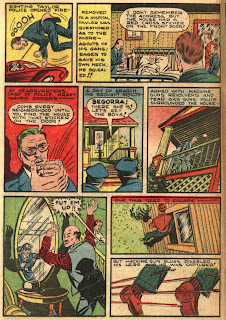 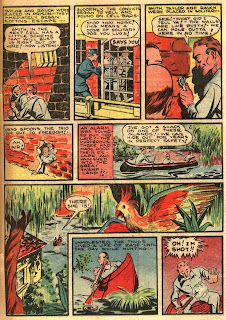 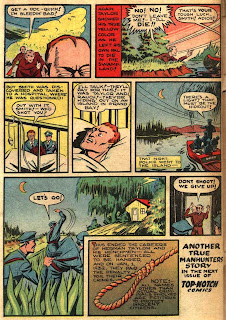