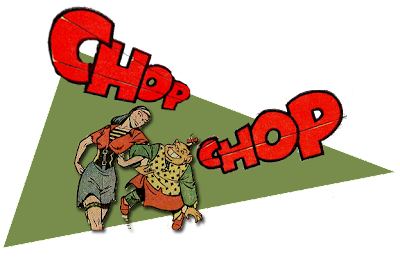 In 1950, Jack Cole published a consecutive series of three zany short back-up features in Blackhawk (Quality Comics Publications). The stories featured Chop Chop, the comic relief character in the BLACKHAWK line-up. The Chop Chop back-up was a regular feature in the book, and was always at least mind-boggling for it's racist slant on Chinese culture.

These stories came along at a time when Cole began to search around for a new style in 1950-51 (see our postings on ANGLES O'DAY and AUGIE MOORE). His artwork in this short-lived stint is exceptional, and as inventive as ever, such as this panel in which Chop Chop puts his arm through a vibrant sound effect. 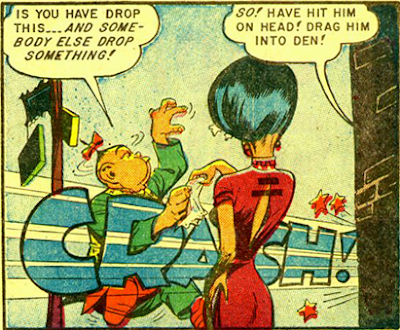 The ehtnic dialogue in these stories is quite bizarre and only works some of the time.

The odd writing is saved, however, by the inclusion of a bevy of exotic and beautiful femme fatales. In fact, these three stories are similar to Cole's approach on his 4-6 pager WOOZY WINKS back-up features, in which our portly skirt-chaser oft falls prey to sexy schemers.

In the first story, Woozy -- uh, that is, Chop Chop -- is almost too busy to pursue the sexpot, but manages to get down to business by the end. There's a funny, almost Kurtzman/Mad-style splash panel, and some great figure drawing. Look at Chop Chop's propulsion in the fourth panel on page two. 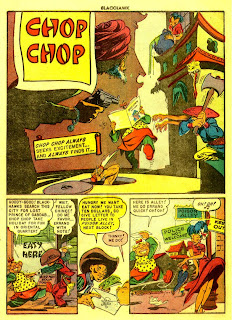 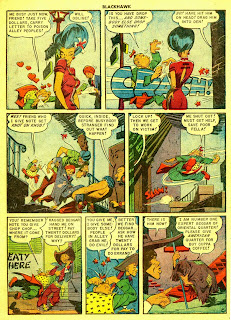 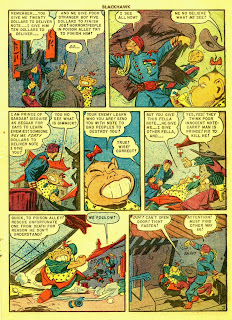 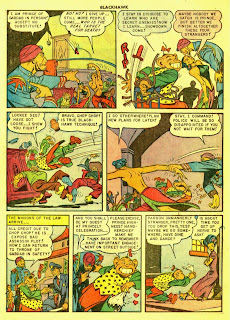 In the next story, we are not only dealing with Chop Chop's broken English, but also the near-halluncinogenic mangling of the language from a Spanish perspective. Consider this baffling statement, from the lovely Paquita: "Of a true, you are past date for full-dress assoosination, my handsome wan!" The running joke here, created eight years before the Castro and the Cuban Revolution, has to do with the instability of bannana republic military dicatorships. 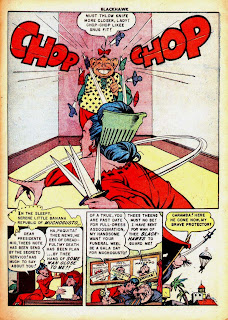 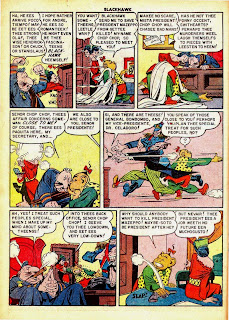 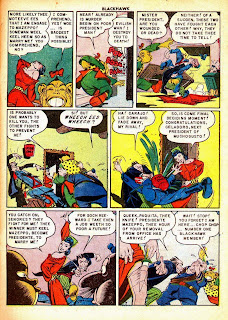 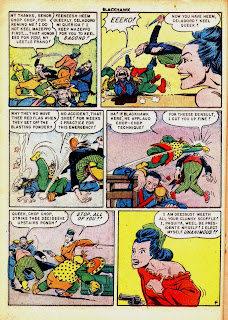 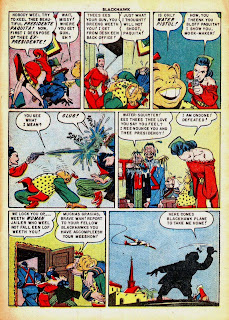 The next entry is probably the most sucessful of the three stories. The ethnic dialogue is reduced, and the device of Chop Chop mistakenly concluding he is in a pirate movie is amusing enough. Best of all, is one of Jack Cole's hottest women characters, the sexy and venal pirate leader, Captain Kate. Note the clever visual pun of Chop Chop's name on the poised sword in the spash panel. 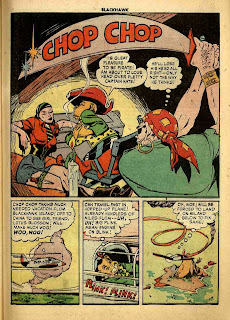 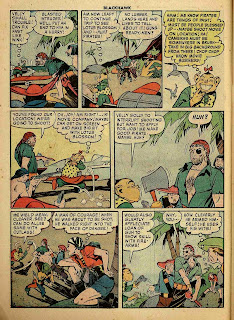 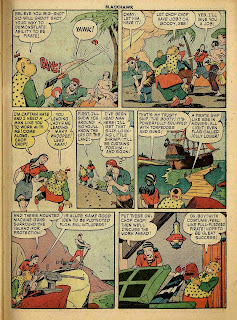 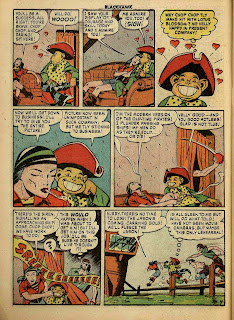 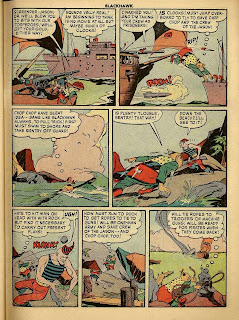 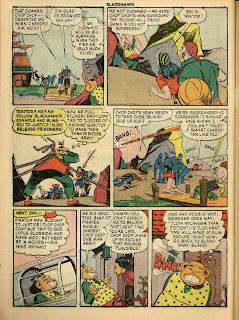